This is a McDonald's Hamburger after 5 Years

Do you know what a McDonald’s hamburger looks like after being stored in a desk for 5 years? Read this article to find out! 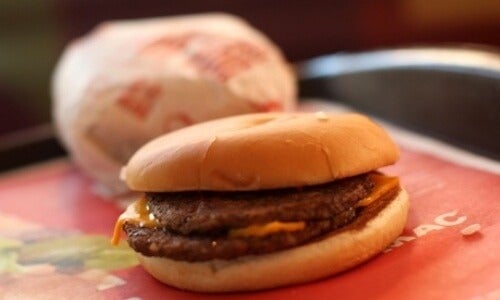 In July 2009, the director of the U.S. newspaper Elkhart Truth, Marshall V. King, conducted an interesting experiment. He stored a McDonald’s hamburger in his desk for 5 years.

King assumed that when he’d take it out it would be spoiled. However, the burger was neither rotten nor moldy, and it showed no signs of decay.

7 Foods You Should Never Store in Plastic

Marshall described the state of the McDonald’s hamburger after spending 5 years in his desk like this: “A hockey puck with a slight smell of beef on stale bread.” The experiment soon went viral when its author posted the story on his Twitter account.

McDonald’s soon released a statement explaining that their hamburgers are of high quality. If stored carefully they can be preserved for a long time. On the other hand, if stored in a humid environment they will quickly begin to decompose.

Not long after, a similar story made the rounds on social media. A video was released called the “Bionic Burger,” which referred to an experiment conducted by Len Foley.

What Are Fast Food Hamburgers Really Made Of?

Foley had been collecting McDonald’s hamburgers for 19 years. His results were the same as Marshall’s: the burger looked as if it had been bought the day before.

A nutritionist took interest in the subject, and she found that when the burgers were carefully stored they didn’t spoil, but they did in fact dry out and develop a bad smell.

Finally, New York photographer Sally Davies took pictures of one of McDonald’s burgers for 145 days, and her images showed no signs of mold or spoilage. After her experiment, she said, “The only change I see is that it’s become hard as a rock.”

Should Consumers Be Worried?

Experts from the US Food and Drug Agency have found that McDonald’s hamburgers contain chloroform, sodium lactylate and other chemicals not found in similar products. This is why these products can last for so long.

As of 2018, McDonald’s have pledged to remove all artificial additives from its burgers.

5 Big Lies the Food Industry Has Spread
In order to take care of our health when choosing our food, it is important to know what lies the food industry uses to seduce us. Read more »
Link copied!
Interesting Articles
Did you know?
New Year's Traditions Around the World