How Can You Tell If An Egg Is Fresh? 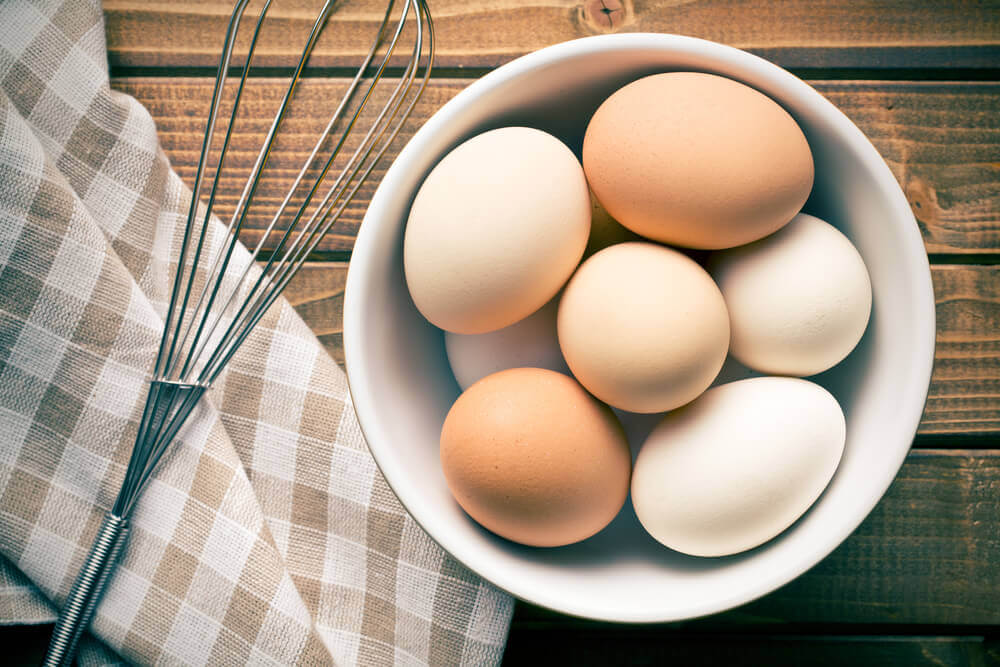 Each person at least eats three-hundred eggs per year. It definitely is one of most consumed protein sources. Therefore, it’s good for you to know how to recognize a bad egg.  People eat eggs in large quantities almost everywhere around the globe, however, are you able to differentiate between an egg that’s in its prime condition and a bad one?

Sometimes, in a package of 12 or 24 eggs, there might be 3 or 4 bad eggs in the bunch. Below will show you how an old egg looks as well as some other interesting facts.

The eggshell’s appearance is a key factor

The eggshell provides protection to the contents of this nutritious protein from outside contaminants. Actually, there are some microbes that — under certain environmental conditions — can penetrate the eggshell and grow in the yolk.

Read this article too: Try These 5 Egg Masks to Beautify Your Skin

A sign that helps you know exactly just how fresh an egg is by the condition of the chalaza. The chalaza are the flexible whitish formations that hold the yolk in the center of the egg.

When you crack open an egg and remove the shell and notice that the sticky liquid is complete and easy to see, then you have a fresh egg. The more chalaza, the fresher the egg.

Examining the egg whites is also a key factor. If the whites spread out too easily, then it means the egg is not fresh anymore. However, the problem with checking the chalaza and whites is having to crack open an egg to check it. At the supermarket, shoppers will obviously need to spot bad eggs without breaking them.

The yolk is a good indicator

Another element that you should take into consideration is the yolk. The yolk shouldn’t be loose and it should stay put with the rest of the liquid. Move the egg around to see if the yolk remains attached to the egg white.

You got an old egg when the yolk moves around with any slight movement. Likewise, the yolk should look clear, compact and whole. Any irregularity in the egg yolk or white that indicate contamination or decomposition mean there is a lack of freshness in this staple food product.

Other signs that indicate an egg isn’t fresh

How an egg’s smells just might be the most evident sign of an old one. If an egg gives off a foul, rotten smell, you should throw it away because it’s decomposing.

Read this too: The Amazing Benefits of Egg Whites for Your Skin

The glass of water test

A medium sized glass is all you need to test an egg. Fill it with water, just below the top of the glass. Afterwards, place the egg in the water. It’s simple, if the egg sinks then it’s still fresh.

What kind of dangers could an egg pose for the human body?

In August 2017, a huge egg scandal took place in Holland. The scandal resulted from a wide-scale contamination of hens and eggs due to an insecticide called Fipronil. However, the contaminated eggs didn’t make it to all European countries, such as Spain because the people were cautious.

In addition to the harmful insecticides, salmonella is an ever greater threat to humans in regards to eating bad eggs. This infection results from a considerably dangerous pathogen that can easily penetrate the eggshell and multiply in the yolk.

5 Alternative Uses for Eggshells
You wake up in the morning, head to the kitchen, turn on the coffee maker and start your day. Later, after showering and making yourself up, you go and decide to make yourself breakfast: "What if I make some eggs?" But have you ever heard of the alternative uses for eggshells? Read more »
Link copied!
Interesting Articles
Did you know?
New Year's Traditions Around the World