Male Erogenous Zones You Should Know About

In addition to the genital area, there are many other male erogenous zones such as the buttocks, thighs, and lips. 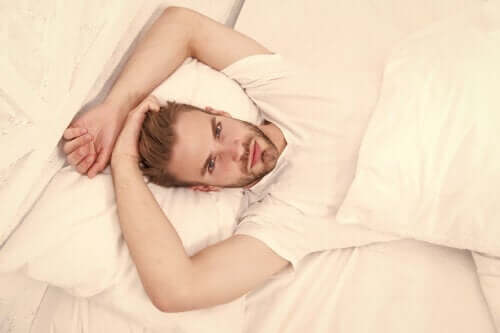 If you think that male erogenous zones are limited to the genital area, then you’re mistaken! On the contrary, there are many areas that can cause men to get really aroused.

Keep reading to find out some male erogenous zones that you should know (and take advantage of) in order to increase the pleasure and satisfaction of your sexual encounters for both of you. Don’t miss out!

What are male erogenous zones?

The so-called ‘erogenous zones’ are parts of the body that, when stimulated, cause sexual excitement. These zones are usually characterized by a large number of nerve endings, making them more sensitive.

In general terms, a distinction is usually made between primary and secondary erogenous zones:

The penis is the erogenous zone par excellence in man, and a multitude of nerve endings are concentrated here. In particular, the frenulum area is especially sensitive. After being stimulated, it can lead to intense arousal.

Like the penis, the scrotum is also part of the male genitalia. It’s the ‘bag of skin’ that contains the testicles and protects them.

This genital area is also highly sensitive, and its stimulation greatly increases sexual excitement. In particular, although the entire area is erogenous, the raphe is the most stimulating – this is the central line that connects both halves of the scrotum.

The perineum is the area that goes from the scrotum to the anus. There is a concentration of nerve endings there, whose stimulation can cause great sexual excitement. Therefore, including stimulation of the perineum in foreplay is a great way for the man to achieve maximum excitement.

4. The buttocks and anus

Following the route from the penis, the buttocks area and especially the anus are also very sensitive. You can increase a man’s libido by stimulating this area, and it’s a great addition to really exciting foreplay.

Massaging a man’s inner thigh area is often a great turn on, as it’s also one of the male erogenous zones. In addition to this, the excitement increases as you move towards the genital area.

You can use this area as a starting point for sex games or a stimulating massage, with increasing excitement as you slowly move towards the genitals.

6. The mouth and lips

So, to ignite your libido, there’s nothing better than using these parts of the body to create maximum desire and excitement.

The ear is one of the secondary erogenous points that’s common to both men and women. The most exciting part of it is the cartilage, where you can find more nerve endings.

So, kissing a man’s ear, rubbing it with your lips, playing with it, and even biting it, can considerably increase his excitement.

8. The neck and nape

There’s no doubt that it’s a great idea to relax and enjoy caresses and really exciting games before intercourse.

Now put it into practice!

As you’ve seen, there are other erogenous zones in the male anatomy besides the genitals. So, there are no longer any excuses to not enjoy every part of your partner’s body in bed!

Of course, it’s always advisable to talk to your partner about what his preferences are, which areas excite him, and which ones he’d like you to stimulate. This will help you to get to know each other better and have some really great sexual experiences together.

Remember that, ideally, there shouldn’t be any taboos in sex. You should be able to openly explain what really ignites your libido, in order to have a really satisfactory and enjoyable sexual life.

5 Sex Questions You Were Afraid to Ask
However, whenever it's related to sex there is always shame or taboos. Because of this, asking certain sex questions can be really difficult. For that... Read more »
Link copied!
Interesting Articles
Sex
Low Sex Drive and Its Impact on Relationships

Sex
Having Sex in Public: The Advantages and Risks

When it comes to sex, there are a lot of important factors, and one of them is the setting. Therefore,…

Sex
What is Sexual and Reproductive Control?

Have you ever heard of reproductive control? Are you aware of the different birth control methods that allow people to…

Perhaps you’ve thought about using homemade lubes, either because there’s a lubrication problem or because you think it’ll make sex…

Sex
How to Start a Conversation About Your Sexual Desires

Why do we have such a hard time starting conversations about our sexual desires? The answer is clear: Most of us…