High Life Expectancy: Why Do the Japanese Live Longer?

What do the Japanese do which means that they live longer? In this article we reveal how we can learn from their teachings to make our lives healthier. 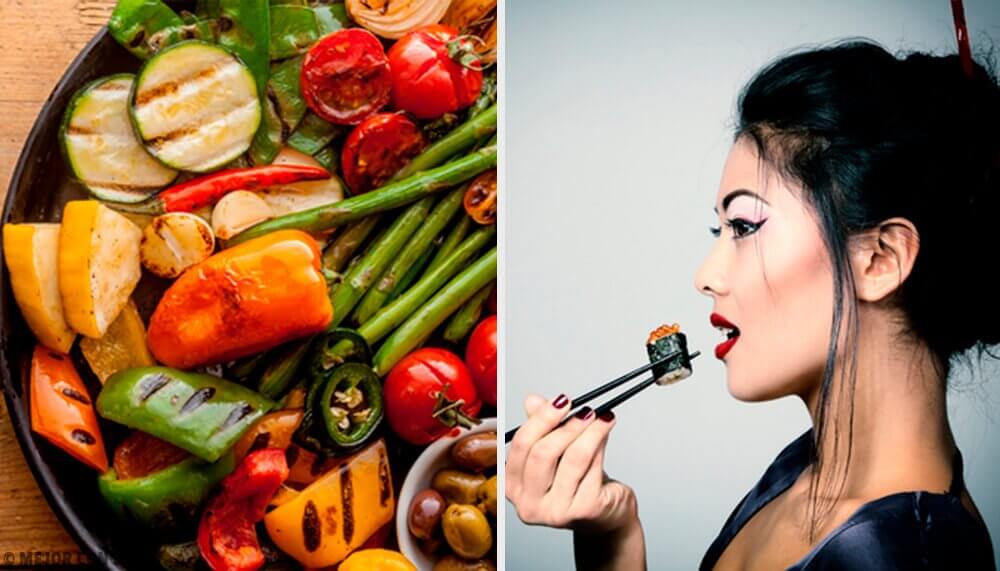 These days we’re never surprised when we hear another Asian person has reached their 100th birthday, but how do they do it? In this article we’ll reveal why the Japanese have such high life expectancy, and how we can learn from their teachings to make our lives longer and healthier.

High life expectancy because of their lifestyle

In Japan (or, to be more exact, on Okinawa Island) there are some of the oldest women in the world. There the rate of obesity is an eighth that of industrialized countries, like the United States, and cardiovascular illnesses are a rarity.

Life expectancy for the Japanese is about 92 years, but many of them live longer than this. And the best thing of all is that they live healthily. Although one of the reasons for this is genetic, it’s also true that some credit must be given to their daily habits.

If you’ve not been blessed with Asian genes then don’t worry, you can still adopt a similar lifestyle and enjoy the benefits.

Why do the Japanese live longer?

Did you know that the average person in Japan goes to the doctor once a month? This doesn’t mean that they’re hypochondriacs, nor that they love medical tests. It just shows that they’re worried about their health, and that they trust in preventative treatments. This is just one habit for a longer life. Some others include:

The majority of people who live in Japanese villages (not as many as in the cities) base their diet on fruits, vegetables, and cereals. Occasionally, they add a little fish or red meat that they save for special occasions. A typical lunch is high in nutrients and low in calories: sautéed vegetables with tofu, sweet potatoes, and soy sauce.

They also don’t consume as many dairy products as we do in the west. They add brown rice to many small dishes (it’s a great source of protein) and some seaweed for extra taste.

As far as drinks go, green tea makes up a large part of their diet. The Japanese drink a number of cups of tea between morning and night (the same as other countries with coffee). This tea is rich in antioxidants and good for the digestive system.

They also tend to cycle much more, as much in the cities as the countryside. In Japan cars are considered luxury items and a waste of time due to the high population. On public transport, like the metro or the train, you’ll see many passengers with bicycles.

Furthermore, when they have to run errands, go to the doctor, or go to school, they choose to walk instead of using their own vehicle. There are so many benefits to this habit, above all, the benefits for your cardiovascular system. Walking helps prevent heart attacks and improves your respiratory system.

3. They enjoy the fresh air

It doesn’t matter how much space or time they make to carry out their obligations, you’ll always see the Japanese caring for their plants and flowers. Their gardens may be small, but they are well looked after. There are also people who plant aromatic species, or small vegetables on their balcony.

It’s normal that on nice days in Spring or in Summer, the Japanese exercise in the many public parks. They enjoy spending time in the fresh air, maybe because their houses are small, or maybe to make the most of the sunlight. This last point alone is good, as they can get vitamin D and absorb calcium.

As you can see, Japanese people are very active, even after retirement. They do many activities, and age is no impediment for enjoying them.

4. They spend a lot of time with family

Amongst all the habits for their high life expectancy, we also have to mention habits that are good for your spirit, soul, or nervous system. Family is the most important thing for the Japanese, and when a person gets older their eldest child takes responsibility for their care.

Grandparents spend a lot of time with their grandchildren, since older people are considered a great source of knowledge and experience. Without a doubt, this helps them feel useful, as they’re doing something important at home in teaching the little ones.

Of course, in the big cities in Japan this doesn’t always apply. Those that live and work in the metropolis carry on at a much faster pace. However, they also take time for meditation or practicing relaxation techniques such as Tai Chi.

It’s normal to see people in public places doing some style of rhythmic or relaxing “dance”. This puts them back in touch with their roots and helps them to forget stress.

These are some of the reasons why the Japanese have such high life expectancy, and there is plenty that we can put into practice.

7 Energy Draining Habits to Quit Right Now
If you feel that your energy level is increasingly lower, this article is for you. It's time to quit energy draining habits right now. Energy plays a very important role in our daily activities, but it's hard to keep energy levels up during the day. Read more »
Link copied!
Interesting Articles
Healthy habits
How Does Caffeine Affect the Brain?