What Is Learned Helplessness and Can It Be Treated?

In the face of unpleasant situations, the normal and healthy thing to do is to execute responses that allow circumstances to improve. However, some people remain passive and resigned, believing they have no control over life's events. 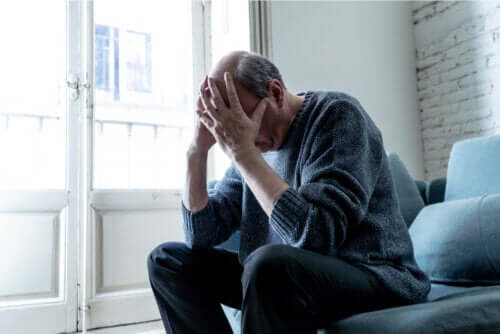 Learned helplessness is a response of passivity and submission to situations that are usually unpleasant. In this way, people who suffer from this condition have no intention of eradicating the stimuli that cause them discomfort or hardship.

Usually, the condition occurs after a traumatic experience in which involved taking failed actions to avoid suffering. Thus, the individual understands that there’s nothing useful they can do to stop painful situations.

According to the American Psychological Association (APA), learned helplessness is a phenomenon that originates in repeated exposure to stressors. These stress factors are uncontrollable and cause people to not use the available options they possess to control the events.

Because of this, they learn that they lack control over what happens, that is, over environmental processes. In the medium term, this learning destroys their motivation to make changes.

In other words, it’s a psychological condition that leads to the inability to react to situations that cause suffering. This occurs as a consequence of the execution of failed actions in the face of unpleasant events in the past. Therefore, people learn to tolerate suffering and believe that there’s nothing they can do to avoid unpleasant stimuli.

All the causes of learned helplessness are related to a bias that leads people to believe that they have no control over life’s events. This contributes to a lack of analysis of the possible consequences of certain situations. They believe that their fate is already defined and they can do nothing to change it.

The following are the most common causes of this condition.

One of the factors that determine the development of this psychological state is the experiences they have during their first years of life. If the person had unpleasant experiences during this stage and didn’t receive any type of help, comfort, or positive response, they’re likely to develop a submissive stance in the face of similar circumstances.

The learning of submissive and passive roles

The education that children receive during childhood is another factor that influences the development of this condition. If there are certain situations that encourage social roles of passivity and dependence, then the chances of developing defenselessness in the future increases.

On the other hand, the messages received during childhood play an important role in establishing inaction. For example, if children grow up around people who constantly tell them that they’re incapable or that they don’t know things, then they may evolve into adults that think they’re powerless.

Some households are overly controlling. Children who live in an environment where their parents or caretakers control everything that happens around them and deprive them of the experience of learning from the consequences of their actions are more vulnerable to this condition.

On the other hand, there are internal factors, such as responsibility or guilt, that influence the development of learned helplessness. That is, the person feels guilt for an unpleasant event and begins to believe that they’re unable to change or stop any situation that may arise in the future.

In this way, they fall into resignation and justification of attitudes, which negatively affects their self-esteem and dignity. This can have to do with the type of education they received, which is capable of cultivating guilt.

Learned helplessness has a negative effect on the following dimensions:

The treatment of learned helplessness

The best way to treat this phenomenon is through therapeutic intervention. This approach aims to teach the person how to respond to a given situation. According to Vázquez Valverde and Polaino Lorente, the therapeutic approach consists of the following:

At the same time, therapeutic intervention can consist of addressing the traumatic events of the past. The objective is for the person to overcome these experiences by giving them a different meaning. In this way, the person will develop more functional and positive responses in future situations.

As its name states, this condition is learned, acquired. In other words, it’s not something a person is born with and, generally, it’s established from childhood. What’s more, this condition entails a series of negative effects that harm the person’s well-being, sometimes in a severe way. Therefore, it must be treated.

The best treatment is psychological therapy, which helps the individual discover that they have a great deal of control over their life. Once they gain this awareness, they’ll experience positive changes on all levels: emotional, physical, and cognitive.

What You Should Know About Mood Disorders
Mood disorders affect a significant percentage of the population. In addition, their incidence is expected to increase in the next 20 years. Read more »
Link copied!
Interesting Articles
Healthy mind
Wu Wei, The Art of Solving Problems Effortlessly