Find Out More About the Erogenous Zones in Men

Male erogenous zones are much more sensitive than we thought. That is why you should stimulate them carefully and smoothly to attain the desired effect. 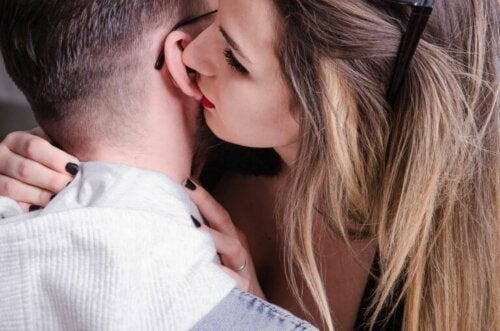 It’s no secret that women have specific pleasure points on their bodies. However, you might be surprised to know that the male body also has particular erogenous zones.

When properly stimulated, the orgasms are more powerful and the sex life better than ever. This is because an orgasm is the relief of sexual tension.

You may not be aware of it but tension happens due to an increase and gradual variation of the touch and pressure on their passion points. Thus, licking, biting, and adding hot and cold stimulants such as sucking on an ice cube or drinking hot tea while you go down on them will drive them crazy.

Get closer to the amazing places of masculine pleasure you might be missing.

The erogenous zones in men

Many men like their ears being touched. It is often an area that we forget about that can be used to calm us or excite us.

You’ll definitely get a satisfactory result when you gently using your fingers, lips, or teeth.

Do you know what are the Five Types of Sexual Orientation?

Touching his genitals and then moving to other areas of his body and then going back to the genitals will create sexual tension throughout his entire body.

Think about their inner thighs as “gift wrap.” Touching this zone can put him in a good mood.

Using a feather, fingers or any gentle touch on the neck and collarbone area can increase his arousal. You may also do both at the same time.

Using a pen, your fingers, or any soft touch on the neck and the clavicle area can increase his excitement. It is also suggested to do both at once.

Read about the Sexist Behavior You Shouldn’t Tolerate During Sex

The thing with kisses is that you should never give them just to do it, but that you should savor every moment. It’s the passion transmitted that excites him and puts him in the mood for a night of wild sex.

6. Sacrum, one of the most surprising male erogenous zones

It’s always sexier when you know that you are driving your man crazy with pleasure. Discover how to push their buttons with these not-so-obvious male erogenous zones.

The sacrum is that small triangle at the end of the spinal cord, right above the butt. Try to stroke it or sun your fingers or nails over it. Do it by surprise and they will appreciate your spontaneity.

The penis is definitely the most sensitive erogenous zone in men. However, there isn’t just one, but four places you can stimulate.

However, every one of these areas needs a different type of stimulation to get the best from them:

Many women have the wrong idea that the testicles are erogenous zones for men. But the truth is that it isn’t the testicles, but the surrounding tissues.

In fact, if you focus on the testicles, it can be pretty painful for him. This means that it is crucial to move around this zone gently. For the greatest pleasure, go for the line that runs through the center.

9. The perineum is one of the erogenous zones in men

However, be careful, your man might not want to get there so proceed slowly and analyze his reaction.

This is a gland inside the body. located behind the testicles that can make their orgasm much more powerful when it is stimulated.

However, it isn’t easy to reach because it’s inside. One way of reaching it is through the anus, and many men don’t want you to go there. So, speak with him beforehand.

The mind is one of the erogenous zones in men

Finally, the brain and the mind are powerful erogenous zones for men, believe it or not. Thus, pay attention to them during your sexual encounter. For instance, whisper something sexy in his ear; it’ll stimulate him both physically and mentally and is bound to raise the temperature in bed.

Now you know the erogenous zones in men. So, are you ready to put them into practice and drive your man crazy?

Nutrition
The Reasons Why Some People Are Always Hungry