Learn How to Identify a Child Abuser

Do you know the signs of child abuse? Learn how to identify them and prevent your child from further harm. 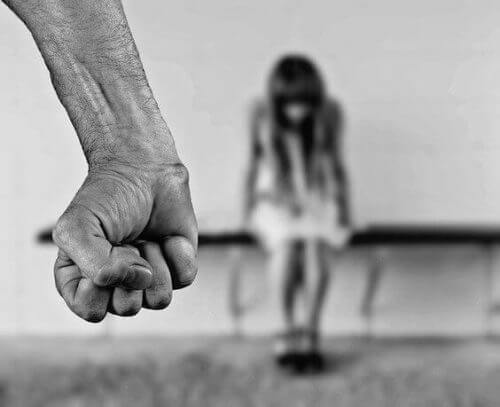 Profile of a possible child abuser

1. They become a family friend

These people try to build a bond with the family of the child they abuse. The abuser manipulates the family to become well-liked by them. Additionally, those who abuse children are often very sociable, take care of the children, take them to the park, shopping etc.

Furthermore, when trying to identify a child abuser, remember that this type of person tends to try to become a close friend of the child and win their trust.

2. The vast majority of abusers are not strangers to the children

According to the American Psychological Association, 30% of sexually abused children were victims of a relative. Moreover, 60% were victims of an adult they knew, and 10% were abused by a stranger.

Generally, they have been abused in the past, physically or sexually. In addition, some may have psychological or personality disorders.

4. They have jobs that put them around children

These people spend hours with them as their coaches, babysitters, teachers. Likewise, they claim that they love kids and that they are their life.

5. They are cunning and clever

They use tricks, activities, games to build trust. These people know how to keep secrets to use as a source of power.

Moreover, their games often have a sexual component involving unwanted affection, kisses, touching, etc. Unfortunately, this exposes young minds to pornographic material, extortion, and bribery. However, child molesters tend to make their actions appear loving, in order to confuse and isolate the child.

They may not focus on just one child, but instead, abuse several children at once.

We can define a sociopath as not feeling empathy for others or having regret for their actions.

The victim is considered an object

Some say it’s a way to prevent the suffering that they themselves went through as a child.

Generally, abusers were abused or mistreated as children

Abnormal sexual experiences and violence are where these personality disorders begin.

In the street, at the park, at the field, the pool, at school, or the gym. Look out for the teachers. Know the time the children go in and come out, and go with them.

2. Speak to them about the danger

Explain the limits they should keep, that nobody, not even a family member, should touch their private parts. Additionally, teach them that no adult should ask them to do something without telling their parents and if this happens, it’s wrong.

3. Look out for your child’s mood changes

Look for behavior like quieter than usual, depressed, closed off, or sad. That could be a possible indicator of ongoing child abuse.

4. Control the social networks they use

Check that they don’t post photos that attract abusers. Make sure they don’t post personal information about themselves or the family, like their address, school, and places they go to frequently.

5. Parents should have their passwords

This is important in order to monitor the private messages and friend requests the child gets. Sexual abusers can be women as well as men, so be alert.

6. Make sure your child feels supported

Children who don’t have support are easy prey for abusers. Talk to your children, build a relationship of friendship and trust, make them feel open to telling you about their problems and how they’re feeling.

Moreover, It’s very important to seek help if you suspect that there is a dangerous situation with a specific person. There are institutions and organizations that support families that are facing child abuse.

Most importantly, you must get help, end the cycle of violence, break the silence, and report them because abusers often have multiple victims. Finally, use these tips to identify a child abuser and save children from harmful situations.

6 Forms of Verbal Abuse from Your Partner that Should not be Tolerated
Verbal abuse can hurt more than physical abuse. They damage self-esteem, make a person insecure, and lead to dependence upon the abuser. Read more »
Link copied!
Interesting Articles
Children
The Signs of a Spoiled Rotten Child