How is Ovarian Cancer Detected?

To be able to receive an early ovarian cancer diagnosis, and to prevent greater problems, it is very important that you get yearly examinations, or more frequently if you have family history of this condition 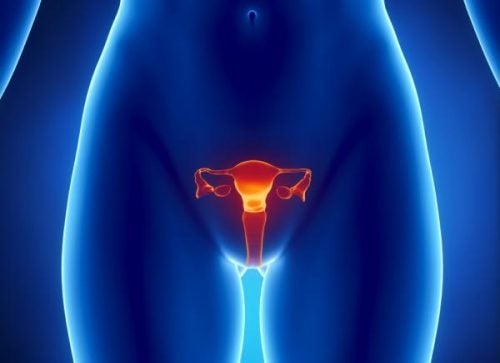 Diseases as serious as cancer tend to show certain signs that we often do not associate with this problem. However, we should pay attention to them to be able to detect it on time and fight it.

With these recommendations, you can help detect if you are faced with ovarian cancer and can seek medical attention as soon as possible.

Detecting ovarian cancer at an early stage is the key to being able to treat it without greater complications.

Around 20% of ovarian cancer cases are detected in the first stage. This translates to at least a 94% chance of keeping the patient alive.

Ovarian cancer can prevent itself in up to four stages according to how far it has extended throughout the body:

How to detect ovarian cancer

First of all, make sure to get a routine examination when specified to ensure that everything is okay. There is nothing like prevention when it comes to being able to detect a possible problem on time.

During a pelvic exam, the doctor will palpate the ovaries and the uterus in order to examine their size, shape and consistency.

This way, any type of cancer associated with the reproductive system can be found at an early stage.

2. Be careful with the genetic component

Overall, approximately 10% of women that suffer from ovarian cancer respond to a genetic cause. This means it’s likely there have been cases of this disease in their family history.

If there is already a diagnosis, there are several procedures doctors may use in order to see how far along it is and its possible phase:

In the case that the doctor finds the ovarian cancer in stage 4 (meaning, with metastasis outside of the abdomen and inside of the liver), s/he would proceed to apply a chemotherapy before performing the surgery.

Overall, pharmaceuticals that are used to treat ovarian cancer tend to have less side effects than other chemotherapy medications.

There are two ways to give chemotherapy: intravenously or applied directly to the abdomen.

According to recent studies, the intraperitoneal administration significantly increases survival. This is the most common method after an optimal cytoreduction surgery.

Is there an effective way to prevent it?

In addition to periodically testing, there is no known way to prevent ovarian cancer.

Removing your fallopian tubes and ovaries could prevent the disease. However, this is a very invasive surgery. It has serious contraindications.

In addition, if a woman takes contraceptive pills for more than ten years, her risk of ovarian cancer reduces significantly.

Also, having your fallopian tubes tied also decreases the possibility of developing an ovarian tumor.

In any case, as we said, don’t forget to have annual check-ups or biopsies to analyze the cells and ensure that everything is okay.

This will help keep you calm, and it is the best way to detect a problem on time.