HPV: Everything You Need to Know

Human papillomavirus (HPV) is one of the most common sexually-transmitted infections out there - so it's important to get informed about it. 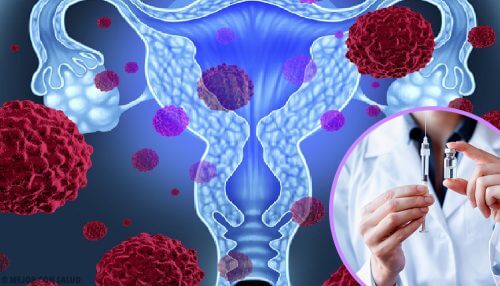 Human papillomavirus (HPV) is one of the most common sexually-transmitted infections. It’s part of the papillomaviridae family, and can be contracted at any point during an individual’s sexually active life life. In the vast majority of cases, it’s harmless and asymptomatic.

HPV has two main characteristics: it only multiplies in the nuclei of epithelial and mucosal cells of stratified epithelia, and it has a high carcinogenic potential.

But before we go any further, we should clarify a couple of things:

More than one hundred types of human papillomavirus have been discovered to date. The different viruses in this group are classified into categories. They are classified by their potential to cause cancer and the degree of risk they pose to humans.

How could you contract it?

HPV is so common that most of the population will become infected over the course of their lifetime. The warts it causes, which appear on the fingers and palms, are frequent in children, and are typically associated with humid environments such as swimming pools, changing rooms, etc.

Almost all sexually active people will have contracted HPV at some point in their lives without even realizing it.

On the other hand, genital and oropharyngeal infections are transmitted mainly through sexual intercourse. In fact, the human papillomavirus is now considered the most common sexually transmitted infection.

The link between HPV and cancer is very well known, and particularly its relationship to cervical cancer. Now, let’s look at exactly how the virus is responsible for causing cancer.

HPV contains proteins that are capable of altering the process according to which cells multiply. These proteins are called E6 and E7. The E7 protein binds to pRb, a tumor suppression gene, and stops it from working, thus activating the cell cycle. On the other hand, E6 inactivates p53, which prevents tumor cells from being killed.

The joint action of both viral proteins (E6 and E7) results in uncontrolled cell proliferation.

When the skin tissue becomes infected by the human papilloma virus (HPV), it causes the appearance of warts. The area of ​​the body in which they appear depends on the type of human papillomavirus that the person encounters.

Although they can appear at any age and in any individual, they are especially common in children.

These warts usually have a rugged rounded appearance and grow outwards, with a convex shape. They are grayish or dirty white in color, and you will often see black dots in the center of them. These little black dots are actually the active virus.

They appear mainly on the fingers and palms, although they can also pop up on the elbows, knees, etc.

Verrucas are not usually painful, but they are contagious through direct contact with the affected area. That’s why we should pay special attention to children who bite their nails or the skin around them. Human papillomavirus 2 and 7 are the ones responsible for causing verrucas.

Mosaic warts begin with a set of fused warts, which are generally more superficial and less painful. They appear on the soles of the feet due to a human papillomavirus 3 infection.

This one is actually a genetic anomaly, which results in the immune system of sufferers being unable to fight or control HPV infections.

The result is the appearance of a large number of colored lesions (macules) and lesions with a bulbous appearance (papules). They most commonly appear on the palms of the hands and the fingers, and are the result of a human papillomavirus 5 and 8 infection.

Infections of the Non-Genital Mucosa

Here the contagion is, in the majority of cases, sexual. In fact, some experts on the topic consider say that the most common mode of transmission is specifically through oral sex.

There are certain types of virus that are “high risk.” These are most likely to cause the onset of cancer. This symptom appears mainly at the back of the tongue, in the tonsils or at the top of the throat.

Infections of the genital mucosa

In some cases, the HPV virus can cause the appearance of genital warts. These begin with types 6 and 11. While they may be very annoying, they are painless and have no risk of causing cancer.

The main problem lies in the high-risk strains of HPV: 16 and 18. And although these are the two types that relate to cancer, in reality there are up to a dozen of them. The type of cancer most related to HPV is cancer of the cervix. However, it can also cause cancers in the vagina, vulva and penis.

There is currently no specific treatment for human papillomavirus. In 90% of cases, the body’s immune system will naturally eliminate any remaining traces of the virus within two years.

However, if you’re looking to get rid of the symptoms, cryotherapy is one of the better treatments for warts, and consists of applying liquid nitrogen to the lesions. Once you’ve undergone cryotherapy, it’s a good idea to cover the lesions with a patch or apply salicylic acid drops to them until they disappear completely.

You can find more information about the relationship between human papillomavirus infection and oropharyngeal cancer here.

Why Viruses are Getting Stronger
Viruses are getting stronger over time. When they no longer can affect the body, they mutate to be able to attack and affect humans. Read more »
Link copied!
Interesting Articles
Illnesses
Risk Factors for Mouth Cancer