Hemispherectomy and the Postoperative Period

A hemispherectomy is mainly performed on young children because their brains habe more neuroplasticity, so they heal easily. Learn more about this procedure and what it entails in this article. 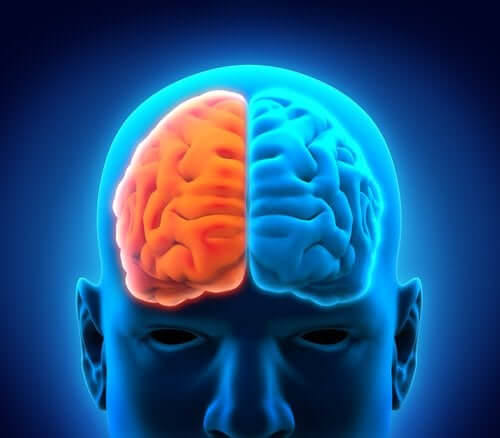 A hemispherectomy is a surgical procedure used to treat various seizure disorders. Typically, doctors perform it when these disorders don’t respond adequately to other less radical treatments.

The first hemispherectomy was performed on a dog in 1888. The first reference to this procedure performed in humans dates back to 1923. In the 60s and 70s, several interventions yielded poor results.

These days, things have changed. Doctors often opt for an anatomical hemispherectomy instead of a functional hemispherectomy. This is a more accurate and less invasive intervention. The success rate is much higher than in the past.

In this article, we’ll take a closer look at the modern forms of this procedure.

A hemispherectomy is a neurosurgical procedure that involves the removal of one of the cerebral hemispheres.

Sometimes, the surgeon removes the left hemisphere. Other times, they remove the right hemisphere. Doctors mainly perform this procedure in extreme cases and on children aged 5 to 10.

This type of intervention is primarily an anti-convulsive treatment. However, it’s also useful for patients with neurological deficits and in severe cases of serious head trauma.

The entire cerebral hemisphere is removed in most interventions. However, sometimes only part of it is removed. This is called a functional hemispherectomy. In such cases, if doctors leave a small portion of damaged tissue behind, the seizure disorder may manifest again.

Generally speaking, medical professionals may indicate a hemispherectomy for patients who suffer from continuous and daily seizures that haven’t responded to other medical treatments or other less invasive surgical procedures.

Medical professionals recommend it in the following cases:

Read: Revolutionary Therapy Gives a Man in a Coma his Consciousness Back

Characteristics of the Procedure

Overall, there are four types of hemispherectomy.

The four types are:

Typically, doctors use anesthesia for the procedure.

The surgeon starts by shaving the patient’s head and marking the incision lines. Then, the medical professional cuts to expose the dura mater. Then, they remove to reach the brain.

After, they carefully mark the area they must remove. They then do so and cauterize the blood vessels. They place a drainage device. Finally, they place the dura mater and scalp and close the incision with staples.

Unfortunately, the postoperative period for this procedure is painful.

Typically, doctors leave the drainage tube for 3 to 4 days. After, the medical professional evaluates the patient and decides if they should remove it or not. Before removing it, they must perform diagnostic tests to determine whether there’s bleeding or hemorrhage.

The main complications are hemodynamic instability, hypothermia, and hypo- or hyperkalemia. Normally, the doctors control and prevent them very well.

Seizures during the postoperative period are another serious complication. Typically, about half of the patients develop hydrocephalus. Meanwhile, almost all patients develop aseptic meningitis.

Also, there’s evidence that some complications may manifest sometime later.

Read on: What is Meningitis?

Nevertheless, the mortality rate is quite low and ranges between 4% and 6%.

Between 70% and 85% of patients who undergo a hemispherectomy stop suffering from seizures. Meanwhile, about 10-20% significantly improve their quality of life.

Thiopental: How it’s Administered and Precautions for Use
Thiopental is an anesthetic drug. It belongs to the barbiturate family, or a substance that acts as a central nervous system depressant. Read more »
Link copied!
Interesting Articles
Treatments
What Is a Bronchoscopy and What Is It For?