Wearing a Bra: Is it Good or Bad? 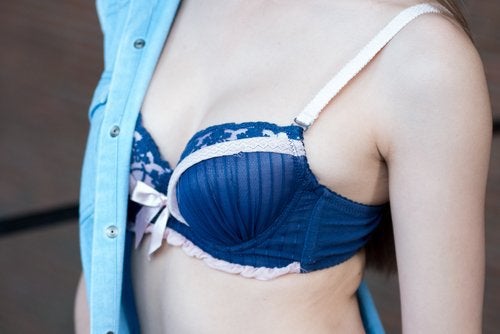 To bra or not to bra…that is the question. There are some people defend bras tooth and nail. Other people think you should only wear one during certain times of the day. Then there are those people who think they’re completely useless… So which is it?! In today’s article, we’ll take a closer look at whether wearing a bra is good or bad.

The effects of bras on women

Jean Denis Rouillon, a doctor from the University of Franche-Comte, has been studying the effects of the bra on women for years.

His research is based on analyzing, observing, and measuring the breasts of volunteer participants while allowing each one to describe their experience of wearing a bra and not wearing one.

Some people only wear them in certain situations (like playing sports), while other people have chosen to never wear them at all.

His first findings were that if you don’t wear a bra, your nipples stay an average of 7 mm higher per year. The reason? Not wearing one strengthens your breasts.

For some of the study’s volunteers, playing sports without a bra wasn’t a problem. Nor was going to work, being at home, or attending a party without one. Their breasts didn’t hurt at the end of the day, and they didn’t feel any pressure or discomfort.

The only “downside” that they mentioned was the reactions of people around them. They said people looked at them funny or simply told them to put on one.

In those cases, the participants chose to wear a wireless bra to avoid uncomfortable stares or comments.

At the same time, this study might have left out a large portion of the female population: women over 30 years old, women with large breasts, overweight women, and women who have had children.

Everything can change if even one of these conditions is met. During pregnancy, for example, the breasts grow and the mammary glands move downward. In these cases, it’s often considered a good idea to wear a bra.

Fact and fiction when it comes to wearing a bra

While you might think that women have always worn bras, that’s not the case. It’s a very modern invention that really became popular as a fashion trend.

Let’s take a look at 6 of the most common myths and realities about wearing bras:

1. “Wearing a bra is necessary”

Again, we have to refer to Professor Rouillon here to respond to this one. According to him, a bra can cause stretch marks, flaccidity, and a loss of firmness in the breast tissue. Therefore, they are actually a “false necessity.”

2. “You need them to fight the effects of gravity”

We don’t know what Isaac Newton would say about it, but most women think that wearing a bra can help prevent breasts from starting to sag or slow down the process.

While this seems to be a law in the female world, the truth is that bras can actually limit the growth of tissue that supports the breasts.

Because of that, it doesn’t provide any anatomical or physiological benefits.

3. “Bras with an underwire are better”

It’s true that these types of bras frame the breasts and can look very elegant. They do have their downsides, though.

Excessive use of bras with underwire can cause injuries – both internal and external. They have even been associated with an increased risk of breast cancer.

4. “You should also wear a bra at night”

Some women don’t take off their bras at night because they’re worried about the effects of gravity or because they think that wearing one will make it more comfortable to sleep on their stomachs. The first is a myth and the second is more about personal habits or beliefs.

According to the American Society of Plastic and Reconstructive Surgeons, there are microscopic ligaments that hold the breasts in place.

When they become “used” to having something else do the work for them (i.e., the bra), they weaken, which often causes a loss of firmness.

5. “The bigger the breasts, the tighter the straps”

Before considering what kind of adjustment you need, it’s best to purchase a bra type that has straps relative to the size and weight of your bust.

If you have large breasts, the straps need to be wider (and the opposite for women with smaller breasts).

You also have to remember that the more tension there is in the straps, the less work your ligaments do.

When you take off your tight bra, your breasts will sag more than usual. It turns them into something like an elastic band that was released after being stretched for hours.

We recommend you read: 5 reasons why breasts hurt

6. “You need extra support for exercise and during pregnancy”

This can be completely true, because while you’re exercising, and during pregnancy, your breasts grow (or swell) more than usual. Of course, you should wear a special kind of bra and always remember to take it off at night or after a sweaty workout.

Finally, you shouldn’t wear a bra for more than seven or eight hours straight. You can wear it while you’re at work or away from home, and take it off when you get back home.

This way, your breasts relax and you reduce the risks related to wearing a bra.

Lastly, like we said, take it off before you go to sleep!

Five Important Things Only Women Know
In spite of the glass ceiling that we must often deal with, we, as women, know that we're capable and deserve to attain all that we set out to accomplish. Read more »
Link copied!
Interesting Articles
Illnesses
Fluoxetine during Pregnancy