How to Fight a Sinus Infection in 5 days 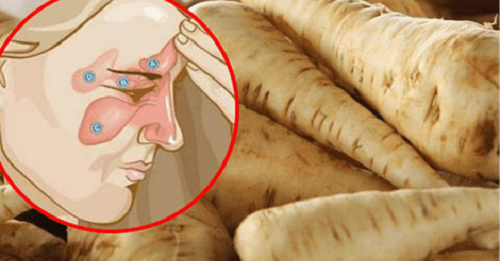 Sinusitis is the inflammation of the paranasal sinuses and the result of an infection caused by a virus, bacteria, or fungus.

The paranasal sinuses are hollow spaces through which air passes and are located behind the nasal bones, cheeks, forehead, and eyes.

Sinusitis rarely occurs in healthy sinuses. When the sinus passages become blocked or accumulate too much mucus, bacteria and other types of microorganisms find the right conditions to multiply, causing pain and inflammation.

Causes and how to fight a sinus infection

As we mentioned before, sinusitis is caused by a blockage of the sinuses, creating a harbor for bacteria and viruses.

It can also be caused when the tiny hairs in the sinuses cannot properly remove mucus, resulting in a number of conditions.

The opening of the sinuses can become blocked by excess mucus production, similar to what happens when a person is suffering from a cold or allergies.

Factors that increase the risk of developing sinusitis:

What are the symptoms of sinusitis?

When the sinusitis is acute, symptoms may last for 4 weeks or less and it first appears as a cold that will not get better or that worsens after 5 to 7 days. It’s important to see a doctor because cases of chronic sinusitis can last up to three months. Some of the symptoms include:

Natural treatments to fight a sinus infection in 5 days

One of the most common and recurring symptoms of sinusitis is a severe headache and tension above the nose and eyebrows. There are many pain relievers to ease the discomfort, but they’re not always effective.

So, we’d like to share an all-natural treatment with you that uses an ingredient with properties to alleviate the symptoms of sinusitis, especially headaches.

How do I prepare this all-natural remedy?

To prepare this all-natural treatment, you’re going to need horseradish and a good quantity of apple cider vinegar. Put the horseradish in a jar and pour the vinegar on top. Soak for 10 days at room temperature, shaking occasionally.

When the recommended amount of time has passed, open the jar and deeply inhale the horseradish smell for 5 minutes. At night, soak a cloth in the solution and place it on your forehead to relieve painful headaches.

This treatment is to be carried out for 5 days and will noticeably reduce the symptoms of sinusitis.

Another quick and simple way is to boil grated horseradish with water. When it is fully boiling, pour into a container, cover your head with a towel and breathe in the vapors for a few minutes.

This method will provide immediate relief.

What should I avoid if I’m suffering from sinusitis?

If you’re suffering from sinusitis, you should avoid traveling by plane and extreme temperatures. Avoid sudden changes in temperature and quit bad habits like tobacco.

In addition, you should get vaccinated against the flu every year, wash your hands often and avoid antibiotics not prescribed for you by a doctor.

We hope you’ve enjoyed this article on how to fight a sinus infection in just five days!

Learn How to Clean Your Shoes
Shoes are a critical component of every person's attire. In this article, we'll share some secrets to help clean your shoes. Read more »
Link copied!
Interesting Articles
Naturopathy
What Is Colloidal Oatmeal and What Are Its Benefits?