The Effects of the Morning-After Pill on Your Body

Despite being an over-the-counter medication in many countries, you should only use the morning-after pill under medical supervision. In addition, you shouldn't ever use it as a contraceptive method. 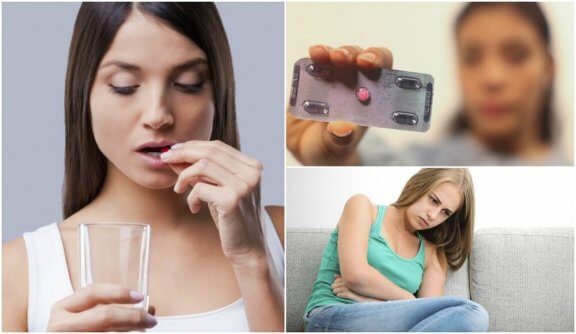 Do you know the risks and effects of the morning-after pill?

Having unprotected sex carries significant risks. Not only is there the possibility of contracting sexually transmitted diseases (STDs), but you could also have an unwanted pregnancy.

Although it’s best to use a condom to protect yourself from both situations, there is a method that can prevent conception when you didn’t take protective measures or if they failed.

We’re talking about the morning-after pill. This type of contraceptive has become more famous in recent years thanks to its effectiveness.

What does it consist of? What are its side effects? Does it cause an abortion? Considering that many people don’t know these answers, we want to explain them here.

What is the Morning-After Pill?

The morning-after pill is a method of emergency hormonal contraception. It’s composed mainly of a synthetic hormone called levonorgestrel. Overall, its efficacy ranges between 52% and 95%.

However, under no circumstance should you use this as a frequent method of birth control because it can cause side effects in your body. In fact, it’s ideal to only use it once, and at maximum, twice.

We should also mention that, like other normal contraceptives, this pill doesn’t protect you from sexually transmitted diseases. It only prevents pregnancy when you had unprotected sex or the condom broke.

How the Morning-After Pill Works

Emergency contraception works by altering ovulation or its subsequent processes. To be more specific, it causes cervical mucous to thicken so the sperm can’t reach the egg.

It works best when you take it within the first 24 hours of sexual intercourse. Although its effect can extend up to 72 hours after having unprotected sex, it becomes less effective as time passes.

Don’t miss 3 Reasons to Get A Pap Smear

The Effects of the Pill

The morning-after pill contains a hormone known as progesterone. Women’s bodies naturally product small amounts of this. Its main function is to prepare the uterus to receive a fertilized egg.

However, the morning-after pill contains more concentrated amounts. Each one can equal 10 contraceptive pills in one shot.

Therefore, we always emphasize that it’s an emergency method. Using it too frequently can cause uncomfortable side effects.

In addition to this, using it can cause changes in your menstrual cycle. In fact, some women experience spotting or delays in their period, while others have heavy bleeding.

Also read: What Does the Color of Menstrual Blood Reveal About Your Health?

Contraindications of the Pill

Because of its side effects and contraindications, you should only use the morning-after pill under medical supervision. Although it’s an over-the-counter medication in many countries, it’s best for your doctor to evaluate your case before taking it.

You should definitely not take it if you’re allergic to levonorgestrel, its active ingredient, or any of its other ingredients.

We also don’t recommend you take it if you have any of the following:

Is the Morning-After Pill Abortive?

If women are pregnant that take the morning-after pill, the pregnancy will continue. So far, there are no studies that show that emergency contraception will hurt pregnant women or their fetus.

For this reason, despite the controversy it might cause, it’s not considered an abortive method.

However, now that you know the effects of this pill, it should be clear that you should only use it in case of an emergency.

Contraceptive Methods: Know the Myths and Truths About Them
We have all heard lots of information about contraceptive methods. It is important to know what is myth and what is fact in relation to the different methods available. Read more »
Link copied!
Interesting Articles
Pregnancy
Risks of a High Sugar Diet During Pregnancy