Wormwood is a plant that's very good at alleviating digestive issues, as well as regulating women's periods. You should always drink it under the supervision of a specialist 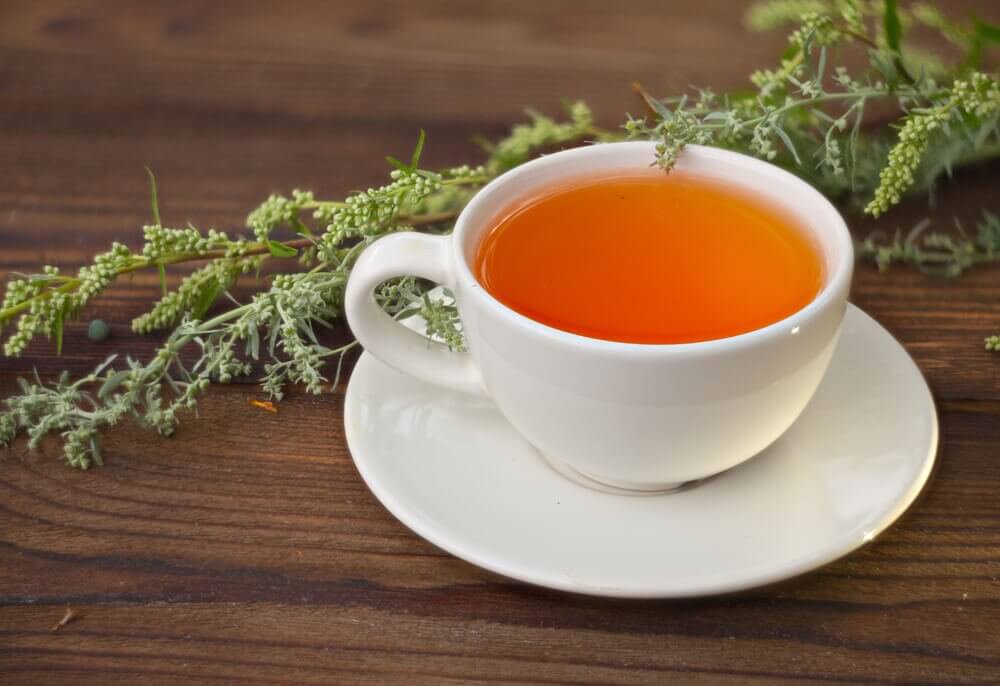 Wormwood is a sour medicinal plant that stands out because of its digestive, anti-inflammatory, and toning properties, in addition to many more. It’s important to know that, despite its flavor, the benefits of wormwood for your health are countless.

Discover all of the healing properties that wormwood has in this article!

Wormwood, whose Latin name Artemisia absinthium, is a medicinal plant. It’s also known as yerba santa or artemisia. It’s originally from the temperate areas of Europe, Asia, and northern Africa.

Some countries are familiar with this plant because they use it to make absinth, a drink with a high alcohol content that began in Switzerland. However, it became popular with French artists at the end of the 19th century.

This plant belongs to the daisy family and has known medicinal value since ancient times.

Actually, some cases of belladonna poisoning can even be cured with wormwood tea.

When your liver function is weakened, you may notice fatigue, difficulty processing fats, vision problems, hair loss, or the appearance of premature crow’s feet.

Thanks to its hepatic properties, wormwood is an excellent option to detoxify your body. After all, the liver is in charge of cleaning your blood and eliminating toxic substances.

So, we recommend drinking a cup of wormwood tea every 3-6 months.

The healing power of wormwood has the capability to eliminate a large variety of worms or parasites. These are common in the majority of people. However, many don’t know they have them.

This medicinal plant has aphrodisiac properties that can increase the libido in both men and women.

Wormwood is excellent for women that suffer from irregular periods and other menstruation problems.

This plant has the power to help regulate cycles as well as cause menstruation in the case of amenorrhea.

How Do You Use It?

The simplest, cheapest and most effective way to take drink wormwood is in teas, and for only a short time:

This way, you can promote liver function and combat intestinal parasites.

As with all infusions of sour plants, wormwood should never be boiled. You only add it to already hot water.