A Deep Gaze Is a Bridge Between Two Souls

Did you know that the eyes are one of the few things that can betray us? Unable to consciously control them, they may reveal your intentions to others. The gaze between two souls can reveal a lot. 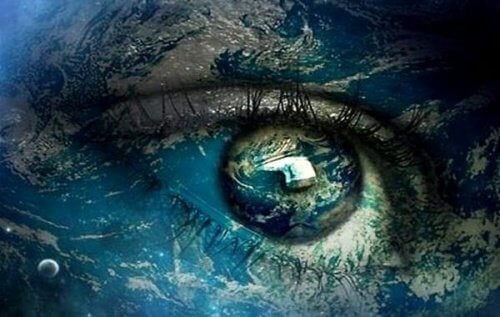 With one look, two souls can connect deeply, with more emotion and more security.

This idea is popular for a reason: people can control their movements and gestures at will. So if a person wanted, they could hide certain behaviors to conceal a hidden agenda.

The eyes, on the other hand, as well as their associated processes, like dilation of the pupils, are controlled by the autonomic nervous system.

This is why it’s impossible for you to make your eyes dilate at will. For example, when you’re attracted to someone, these dilate due to the intense emotions you experience during attraction.

That peculiar gleam hides no false pretenses, but reveals a brain dominated by attraction that reveals itself in your gaze.

The eyes and the fascinating processes they reflect

If your eyes are, as some people say, the windows to the soul, science is unable to prove it. So far, according to science, the soul is something intangible that only religion and spirituality can address.

What is clear is that the gaze is a powerful weapon and a source of emotional connection between two souls – both in the human and animal world.

Body language experts tell us that the eyes relay the most nonverbal communication, especially through dilation of the pupils. This involuntary response is beyond our control and responds to more than changes in light. It also relays emotions. Let’s take a closer look.

The pupils and the focus of our interest

Eckhard Hess is a bio-psychological expert who led a study on ophthalmology and the emotions at the University of Chicago. This study revealed many interesting aspects about the dynamics of our pupils.

Learn about 5 Remedies for Dark Circles

We need to point out that this theory about the direction of the gaze and its significance requires many more studies and scientific proof.

However, some proponents of these theories claim that:

Watch out for tears

Not all tears are sincere. Unlike the dilation of the pupils, it’s possible for people to summon tears at will.

See also: Learn About The Importance of Crying (The Right Way)

If someone pays attention to what you say, maintains good eye contact, and has dilated pupils while they talk to you, it’s a telltale sign that they’re interested. If you give them the same, then two souls may be connecting.

5 Things Your Eyes Say About Your Health
Your eyes are the windows to your soul. They help you see how others feel and tell you many things about their health condition. Read more »
Link copied!
Interesting Articles
Relationships
Rebecca Syndrome: Jealousy Over Their Ex