How to Heal a Urinary Tract Infection Naturally

Did you know that eating properly is an important part of keeping your excretory system healthy? If you want to prevent infection, you can drink a bit of coconut oil two times per day. 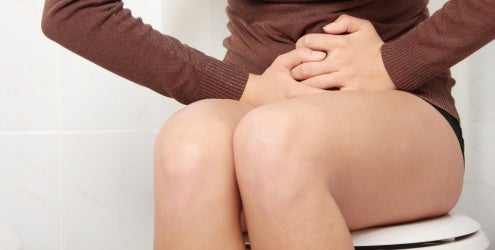 A urinary tract infection is a very frequent condition that affects the urinary tract. It can happen in the bladder, kidneys, ureter or urethra. Read on to learn about the causes of this problem and how to heal it naturally.

Characteristics of a urinary tract infection

A urinary tract infection, like we said above, can happen in different parts of the body:

In the majority of cases, urinary tract infections are caused by bacteria that makes its way into the urethra and the bladder, where it’s most common, although it can also show up in the kidneys. Most people’s bodies get rid of the bacteria on their own, but certain things can increase your risk of this type of infection.

Things that increase your risk of urinary tract infection

For example, women tend to suffer from urinary tract infections more often than men because they have a shorter urethra. Plus, women can become infected after having sex or using birth control devices like a diaphragm. Women with menopause also have a higher risk of getting an infection like this.

Other factors that also increase your chances of suffering from a urinary tract infection are:

Read more: The Most Effective Natural Remedies for Diabetes

The symptoms of a urinary tract infection in the bladder are:

If the infection is in the kidneys, the symptomsare:

Read more: How to Use Honey for Weight Loss

Naturally Relieve Urinary Tract Infections in Children
We worry whenever our child has an infection. Although urinary tract infections can occur frequently in children, they can cause significant damage. Therefore, it's necessary to alleviate it and beat it quickly to avoid further complications. Read more »
Link copied!
Interesting Articles
Taking care of your body
The Causes of Ingrown Hair and its Removal