What the Color of Urine Says About Your Health

Changes in the color of urine can be useful in guiding us toward certain health problems. When these changes are noticeable or persistent, it's best to go to the doctor. What else should you know? 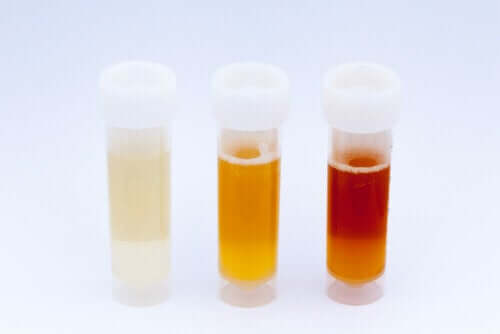 The color of the urine is a characteristic that can help determine if something is not quite right in the body. Under normal conditions, urine contains a pigment known as urobilin, which gives it its light yellow, almost transparent shade.

However, when faced with problems such as dehydration, some diseases, or the consumption of certain foods, this color can change to a darker shade or even reddish, bluish, or brownish colors. What does each color say?

The color of urine and its meaning

Doctor Bilal Kaaki, an expert in urology, explains through UnityPoint Health that when the body is healthy, the urine is a pale yellow or amber color. According to the professional, this shade can be lighter or darker depending on the level of hydration of each person.

However, when the color and characteristics of the urine have other characteristics, there may be other causes. While some correspond to the consumption of certain foods, others may be the initial sign of an illness. Therefore, it’s a symptom that shouldn’t go unnoticed, especially when it becomes recurrent.

Under normal conditions, the color of urine has a yellow to amber hue. Other colorations may be the result of eating certain foods, taking certain medicines, or diseases.

When urine is colorless, almost transparent, it may be that the person has increased their water consumption. To some extent, this is normal. However, in excessive amounts, too much water can be harmful, as a case study published in BMJ Case Reports shows.

Therefore, the goal should be to drink the right amount of water, which is usually an average of two liters. However, these needs may vary for each person, depending on their age, health status, habits, among others. In case of doubt, it’s better to consult a doctor.

You may also like: How to Make Homemade Electrolyte Beverage to Prevent Dehydration

Color ranging from yellow to amber is usually considered normal in most cases. This shade occurs as a product of the metabolism of bilirubin which, in turn, is produced by the degradation of hemoglobin, that is, the protein that allows the transport of oxygen to red blood cells.

According to information from the Mayo Clinic, in most cases, whether the color is light or dark yellow depends on how diluted the pigment is. If it’s an amber yellow that continues for days, it can be a sign of severe dehydration. In addition, some types of vitamin B present in the bloodstream cause the urine to look neon yellow.

The consumption of some foods such as beets or blueberries can produce reddish-colored urine. However, when these foods have not been ingested, the cause may correspond to hematuria, that is, the presence of blood in the urine.

In the latter case, it’s essential to consult a doctor, as it may be the clinical manifestation of serious health problems, such as an enlarged prostate, kidney disease, tumors, or infections.

The presence of blood in the urine is a reason for medical consultation. In general, it’s a sign of disease or infection.

There are some types of medications that can cause an alteration in the color of urine. Specifically, they produce an orange tone, which is the result of their components. These medications usually include the following:

However, there’s a possibility that orange urine may appear due to dehydration or problems in the liver and bile ducts. Also, sometimes it’s the result of eating excessive amounts of carrots, rhubarb, or beets.

According to a publication in the Annals of Laboratory Medicine, blue or green urine can be caused by a blue dye, such as methylene blue, which has weak antiseptic properties and is a component of several drugs. It’s often not a problem and is harmless.

However, if it’s persistent or there’s no reason for it to be associated with the above, it’s best to visit your doctor. The green or blue color of the urine may have its origin in a rare genetic condition (hypercalcemia).

If it’s occasional, there’s no problem. If it persists, it may mean excess protein in the diet or proteinuria, as shown in a study published in the Chonnam Medical Journal. As in the previous cases, it’s best to consult with the specialist.

When to consult the doctor?

If the color of your urine coincides with the following cases, it’s best to consult your doctor as soon as possible:

Observe changes in the color of your urine

Knowing how to recognize abnormalities in the urine is a determining factor when suspecting a health problem. Therefore, it’s necessary to be attentive to any change and, above all, consult a doctor when relevant alterations are observed.

Urine Smells Bad for These Eight Reasons
If your urine smells bad, it is usually due to your diet or dehydration; however, if it lasts for a long time, it's wise to see a specialist. Read more »
Link copied!
Interesting Articles
Anatomy and physiology
Why Do Women Experience More Gas During Menstruation?