How to Cleanse Your Body with Yerba Mate

Mate tea prompts enzymes to work more and to protect the body from cardiovascular attacks. Yerba mate isn't suggested for people with anxiety, trouble sleeping, or renal diseases. In some occasions, it can produce heartburn. 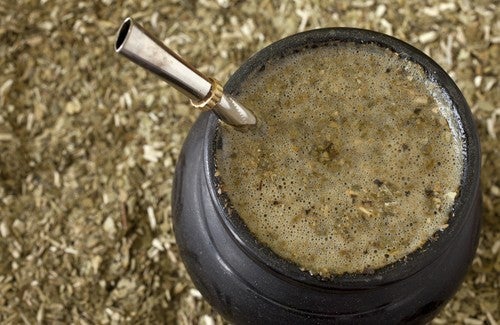 Mate is an infusion, typical of Argentina and Uruguay, whose tradition has spread to other parts of the world for its wonderful health benefits. It’s prepared with ground-up yerba mate leaves that are put into a recipient (originally a squash bowl) and hot water is poured in.

You can drink it bitter, with sugar, or with a lemon or orange peel. Discovery why this herb is so good for your body below!

Yerba mate boasts invigorating and cleansing properties. As a tea, it has a great diuretic ability, in addition to the amount of water that you drink in this infusion.

Research shows that yerba mate encourages enzymes to work more and protect your body from cardiovascular attacks. It also provides high levels of xanthine, which is very good for your overall well-being.

In places where water isn’t drinkable, mate serves as a purifier of bacteria and parasites, for example.

It’s an anti-depressant, is non-addictive, and contains less caffeine than tea, cacao, and coffee. It speeds up urine production, eliminating toxins that build up in your body.

Keep in mind that yerba mate isn’t intended for people who suffer from anxiety, sleep disorders or acute kidney disorders. One study also showed that many patients who drank it suffered from esophagus problems due to the temperature of the water, not the mate itself.

There are also cases in which drinking yerba mate tea while fasting has a side effect of stomach acid.

What Are the Variants of Yerba Mate?

Although everyone agrees that “traditional mate” is bitter and that the water has to be boiling before you put it in, there are other ways of drinking this infusion:

How Do I Cleanse My Body by Drinking Mate?

You should simply choose any of the “versions” that this infusion offers and drink it daily. Experts say that if you drink mate in the morning, it increases its qualities and benefits for the body.

Many people prefer to drink mate in the morning along with their breakfast. Others drink it a little later, in the middle of the morning for example.

If you don’t like its flavor, you can try sweetening it or drinking the tereré alternative with juice on hot summer days.

There are several ways to make green tea in order to encourage weight loss. Now, what you may not take…

Dysgraphia is a neurological disorder that hinders the ability to write. This encompasses the general mechanics of written transcription, i.e.…

Illnesses
The Connection between Hemorrhoids and Pregnancy

Hemorrhoids are an uncomfortable and distressing condition that often afflicts women during pregnancy. They're also known as piles and are…

Health
Anosmia or Loss of Sense of Smell: What Can Cause It?