Chronic Fatigue Syndrome is a common illness these days. We've outline some of the most common symptoms. If you have them, you should see a specialist. 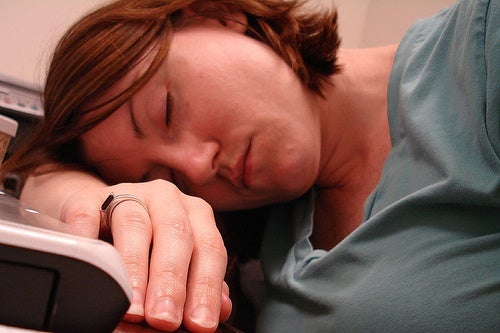 Chronic Fatigue Syndrome, or CFS, is a common illness these days. A person suffering from CFS is always tired or fatigued, and cannot carry out their normal day-to-day activities – no matter how much sleep they get, they’re always tired.

This can go on for long periods of time, and it’s very detrimental to their overall health.

Learn more about Chronic Fatigue Syndrome in the following article.

Among the most common and recurring symptoms of chronic fatigue are:

So far, no study has been able to determine what causes or triggers Chronic Fatigue Syndrome.

But it’s generally believed to be related to a weakened immune system, viruses, stress, excess anxiety or nervousness, overwork for long periods of time, any sort of pressure, food imbalance (lack of vitamins, proteins, and iron), or depression.

CFS can be difficult to diagnose because in some cases, doctors do not consider it to be a disease by itself, but rather a set of symptoms.

The first step is to consult a specialist and if possible, have a complete blood analysis done to determine what nutrients are deficient in the body.

Treatments for chronic fatigue have two main functions: relieve symptoms on the one hand, and on the other, increase immunity.

Some natural options for treating Chronic Fatigue Syndrome are:

Add it to the juice, followed by a tablespoon of wheat germ and another one of brewer’s yeast. Drink this in the morning.

Interesting Articles
Nutrition
Is Hot or Cold Food Healthier For Us?