Birthmarks and Moles: Why Do They Appear?

Most people have birthmarks and moles, even though you may have never noticed them. Many of these spots disappear over time, but others will stay for as long as you live. 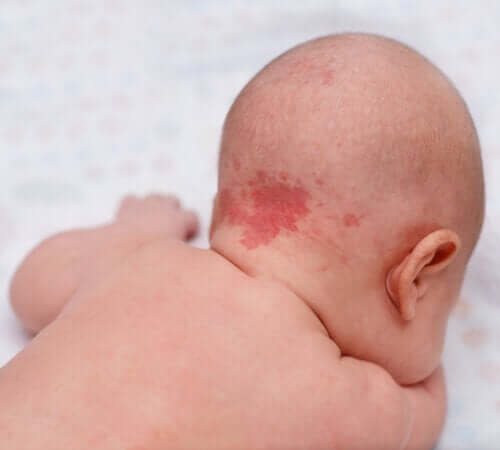 It isn’t uncommon for newborns to have rashes and pimples that disappear a few weeks after they’re born. However, some birthmarks and moles stay and might even intensify as the child grows up.

In most cases, birthmarks don’t pose a health problem. However, they affect someone’s appearance, for good or bad, depending on their characteristics. Only very rarely do they increase the risk of skin cancer or other skin diseases.

Overall, there are many myths about birthmarks. Some people think they’re the result of what a mother-to-be craved during her pregnancy or perhaps due to something they ate. However, there’s no scientific basis for these kinds of statements.

Birthmarks and freckles and moles, oh my!

Birthmarks are alterations in the skin color of a newborn. Sometimes these spots form during pregnancy, while other times they pop up a few days or weeks after delivery. Scientists believe that about 80% of people are born with a birthmark, a mole or some other form of mark.

Some of them stay throughout a person’s entire lifetime and others go away over time. The truth is that, regardless of their size, location, color or shape, you should always consult your pediatrician so they can examine them and determine if they’re harmless or not.

Many spots, especially the brown ones, aren’t visible in a baby immediately after birth. They have a lighter tone during the first months of life, and this is why they go unnoticed. However, they typically become darker over time.

Overall, there are different types of birthmarks with various characteristics.

There are two types of birthmarks: pigmented and vascular marks.

In turn, there are some subgroups with different characteristics within these two large groups. When it comes to pigmented spots, there are:

The main characteristic of vascular spots is they have tones ranging from pink to violet depending on the subtype. The most common are:

Read on: How to Identify Dangerous Moles

What causes birthmarks and moles?

Scientists still don’t know the precise reasons why birthmarks appear, nor why they stay or disappear.

However, in the case of pigmented spots, we know they’re due to an accumulation of melanocytes in a certain area of ​​the skin. In these cases, there’s more melanin than there should be. Then, the skin makes that accumulation visible. Generally, they’re different shades depending on the depth of the skin layer where they’re located.

Usually, vascular spots are due to the improper formation of blood vessels. Oftentimes, there are more of these in a certain area or they’re wider than usual.

Of course, when in doubt, consult your pediatrician. They’ll be able to tell you if the birthmarks require further analysis or not. Only in counted occasions will they be too complex to reach a diagnosis.

Some Facts About Moles
If you or someone you know has moles, then you probably have a lot of questions about them. Here are some facts about moles worth knowing! Read more »