It’s Better to Be Alone than with the Wrong Person

If the people you’re around bring you more pain and worry than enjoyment, it might be time to think about putting some distance between them. After all, it’s better to be alone than with the wrong people. 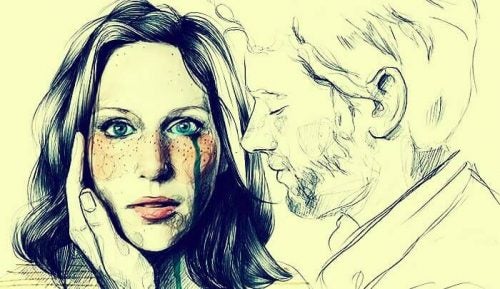 Everyone has heard the phrase “better to be alone than with the wrong person.” There’s no better decision you can make for yourself than to choose to be alone instead of being with toxic people.

Sometimes, however, it can be very difficult to extract yourself from situations, relationships, or individuals that are really making your life miserable.

Why do you stay with them? The answer is simple: out of fear.

It’s always better to be alone than to allow your life to become filled with sadness or bitterness. We’ll help you understand this a little better with a few examples.

Imagine that Christina, who is 32, has been with her current partner for five years. For a while now, however, their relationship hasn’t been the same.

Now she has to deal with fights that occur nearly every day.

She’s not happy, she no longer feels the same way about her partner, but she’s afraid of throwing away a relationship that has lasted so long. Besides, what would her parents say?

Just like many other relationships, Christina has put so much focus on her partner that she has few friends left to lean on, making the situation even more complicated. There are only two choices she can make, however.

One is to stick with the normal dynamic, suffering and being unhappy with the wrong person.

The other is to end her relationship in spite of the fear, because it will guarantee her a new and certainly better path.

Even if you’re lonely and feel helpless at times, you’ll also be more calm, serene, and much happier.

An Unhealthy Relationship with the Wrong Person

Often, the relationships we establish aren’t healthy. They could involve manipulation, lies, or even abuse.

The important thing to do is to ask yourself: what do you gain by staying there and allowing that situation to persist?

It may be clear that you’re not healthy, that you’re with the wrong person. The problem is that you’re also often afraid, and that prevents you from making the decision to get away.

As you can see, fear often accompanies you in those situations and can be bolstered by the people you are surrounded with.

A toxic relationship may be established with a friend, a family member, or a partner. The importance that you give that relationship will also determine how hard it is to get out of a bad circumstance like this.

See: Take the Leap to Live a Fearless Life

The Importance of Overcoming Your Fear of Loneliness

A lot of people don’t consider being alone to be an option. This is because the false belief that if they don’t have friends or a partner they’re failures has been instilled in them since they were young.

Loneliness doesn’t have a good reputation. That’s why it’s hard for people to end certain types of relationships, even if they’re very toxic.

There’s something that you’re not realizing, however, and it’s that you are wasting precious time and energy. It’s time that you could be spending with yourself, getting to know yourself better, and having a good time.

Why are you allowing someone else to manipulate you? Why do you tough it out until you’re exhausted by the humiliation and abuse someone has forced on you?

Think about whether or not you really want to spend the rest of your days motionless, without making a decision that will free you from the fear of being alone.

Yes, it’s true. Fear of being alone is a learned fear.

However, think about it: if a loved one were experiencing a situation similar to yours, you’d be sure to tell them to get out.

You would be clear about what they needed to do.

When it’s your situation, however, the answer starts to change.

It’s better to be alone than with the wrong person because it’s better to choose happiness over pain. It’s better to surround yourself with people who add to you rather than take away from you.

You get to choose. Your happiness matters and you don’t have time to lose yourself in sadness, painful experiences, and people who make you feel bad.

It’s better to be alone than with the wrong person.

Toxic Families and Their Characteristics
Toxic families are like small islands that consist of a home full of conflict, of orders, and dysfunction that affects all family members. Read more »
Link copied!
Interesting Articles
Relationships
What to Do if Your Partner Is Verbally Abusive