The problem with wounded people is that they believe they’re normal. After all, it’s the only thing they’ve ever known. 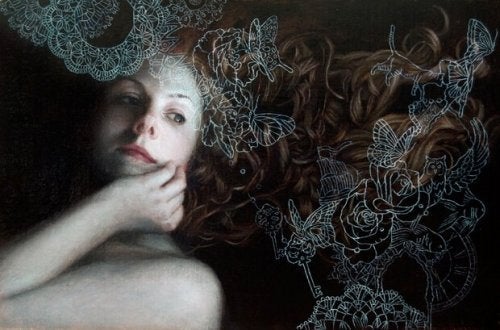 Maybe they’ve hurt you more than once, but have you ever stopped to think about why wounded people do this? We rarely think about what could have made another person act that way.

This is normal behavior for wounded people, however. Other times, they’re just trying to protect themselves in this very incorrect way. Without realizing it, they hurt others because they’re hurting.

Today, we’ll give you some examples to help you understand why wounded people behave this way.

Imagine that a child has been mistreated and has also seen how this has affected one of their parents. Without realizing it, the child will come to believe that that behavior is “normal” and will reproduce it.

Although they cry and feel pain, in adulthood they may mistreat their partner or use violence against anyone who defies them. After all, it’s a behavior pattern they’ve seen since childhood.

In the event that this type of aggression only occurs in adulthood, the person might try to act the same way in future relationships to avoid it happening to them. Inside, they think: “Better them than me”.

The same goes for those who’ve been deprived of affection. When they’re in relationships, they cling to the other person and suffer from terrible emotional dependence.

How does it create wounds?

Read on: This is a Subtle Form of Abuse That You Shouldn’t Allow in Your Life

Jealousy, a need to control their partner so they don’t abandon them, guilt, or making someone else responsible for your own happiness… In the end, the other person winds up being worn out by the toxic relationship.

What should you do around wounded people?

You can’t try to change a wounded person. Sometimes, they know they can’t go on like this and are aware of what they’re doing wrong.

However, it’s their decision and something that others can’t make them see. Most of the time, their behavior isn’t premeditated.

So what can you do for these people to keep them from hurting you? Here are some options:

Your best option is to accept wounded people just the way they are. Everyone has been hurt and perhaps we’ve also hurt others without meaning to.

Your instinct for survival will not always proceed in the most appropriate way. It knows no values, no rules. It just wants you to survive and overcome what happened to you.

So don’t look down on that child who harasses another child at school because they may lack self-esteem or they may be facing a lot of problems at home. The ideal thing is to stop the behavior and try to correct it in time. This is because it’s more difficult to do in adulthood.

Once you’ve matured, you’ll finally be able to open your eyes, recognize what’s happening, and ask for help to change and stop hurting others.
Stop Wasting Time on People Who Hurt You
Although it isn't always easily identified, people who hurt you aren't worth your time. It's important to allow yourself the love you deserve and avoid hate Read more »
Link copied!
Interesting Articles
Conflicts
The Fear of Abandonment in Romantic Relationships