What Your Eye Color Says About You

Beyond highlighting our attractiveness or lack of, it's believed that your eye color can determine your personality, abilities, and even the possibilities you have of suffering certain ailments. 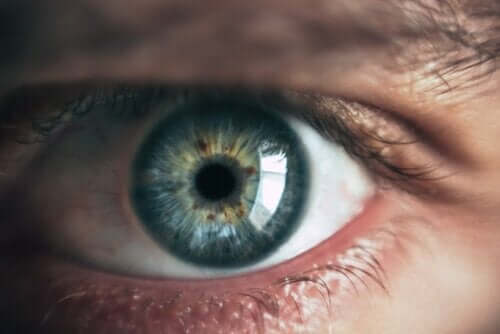 Are your eyes blue, green, brown, or black? It’s believed that, as with personality, your eye color can reveal more about you than you think.

Research has been conducted to suggest that eye color says a lot about a person’s personality. If you want to know more, take a look at the information we detail below.

Is it true that eyes can speak of a person’s personality?

Your eye color says a lot about you

An investigation conducted at Örebro University (Sweden) with 428 people aimed to verify whether personality is related to the iris of the eye. They found that eye color is affected by the same genes that make up the frontal lobes.

Certain behaviors repeat more in people with a certain type of color. All this is studied by iridology, an alternative medicine technique considered pseudo-therapy that investigates the iris of the eyes.

Through its lesions, spots, lines, and color variations, it allows to know some aspects of the physical, emotional, and mental state of a person. It’s also believed that they can show certain predispositions to suffer certain health problems.

A University of Pittsburgh study presented at the 33rd Annual Meeting of the American Pain Society ensures that women with light eyes experience less pain when giving birth, compared to women with dark eyes.

Other research suggests that people with dark eyes need less alcohol to get drunk than those with light eyes, among other curiosities. The reason? Melanin. It doesn’t only makes them more susceptible to alcohol but also helps to increase the reaction time in the brain.

What color are your eyes?

According to iridology, some parameters such as eye color can predict personality and even if the person is prone to some diseases. However, it should be considered a curiosity, since no conclusive scientific data supports this information.

Do you have very dark brown, almost black, eyes? It’s believed that people with this eye color are often considered leaders who make firm decisions and have a strong character. They’re people who pursue their goals. They tend to be successful and don’t take “no” for an answer.

People with brown eyes are characterized by being very intuitive:

People with light brown eyes are believed to be more sensitive. Emotion prevails over logic. People with this eye color like working in teams and often act by intuition. Afterward, they justify themselves with logical explanations.

On the other hand, eye color influences the perception that others have about other people. According to research that showed facial photographs of 40 female and 40 male students, brown-eyed people were perceived as more trustworthy than blue-eyed ones.

Read: What Your Eye Color Says About You

Although there isn’t conclusive scientific evidence to support this, it’s believed that people with green eyes have a personality that’s a mixture of logic and emotion.

People with olive eyes are quite impulsive. However, logic always predominates in them.

Bluish-green eye color is a sign of responsibility. For this reason, those who have them tend to develop in jobs or studies related to engineering, mathematics, politics, or social activities. They’re impulsive and very hardworking people.

People with greish-blue eyes are usually quite calm people. Broadly speaking, they’re very similar to those with blue eyes, especially in their inability to admit mistakes.

Gray-blue-eyed people are compassionate but may have fits of anger.

Visit this article: 5 Things Your Eyes Say About Your Health

These people don’t get carried away by impulses. Instead, their intellect predominates in them.

Is it true that eye color reflects personality?

The eyes are said to be the reflection of the soul. But can they also be a reflection of a person’s personality? As we discussed at the beginning of this article, iridology is a pseudoscience. Thus, it isn’t backed by science.

Many of the studies and tests have been conducted on a limited number of people. Thus, they aren’t safe either. In addition, the personality of a person is influenced by many factors, such as experience or the environment that surrounds them from birth.

These are aspects that can vary greatly from one person to another. Thus, it’s almost impossible for those who have the same eye color to also have similar personalities. Don’t forget that it isn’t a science, so it should be considered curiosity rather than fact.

5 Common Makeup Mistakes for People with Small Eyes
Each one of us has unique physical features. If you have small eyes, then take a look at these common makeup mistakes. Read more »
Link copied!
Interesting Articles
Did you know?
Why Do We Have Armpit Hair?