What Happens in the Body During Menopause?

Changes in the body during menopause are less intense and visible if you adopt a healthier lifestyle while going through them. 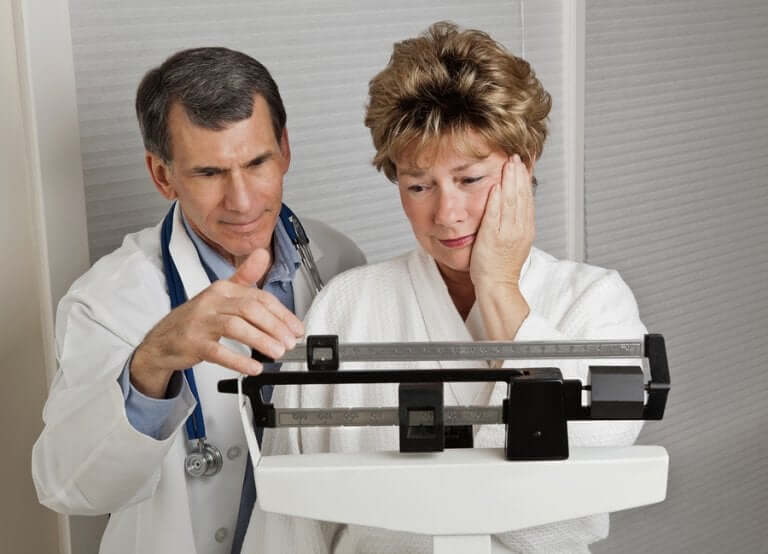 There are big changes in the body during menopause, but they aren’t the same for all women. In fact a study published by the British magazine Climateric points out that there are differences between Latin and Asian women, with respect to European and North American women.

According to that publication, menopause occurs at 48.6 years, on average, among Latin women. In Asian women, it generally occurs between 42.1 and 49.5 years. For North American women, the average age is 50.5 to 51.4 years. Finally, European women usually start menopause between the ages of 50.1 and 52.8 years.

However, what does happen frequently in all of them is that the changes in the body during menopause cause instability and, in many cases, nervousness. It doesn’t have to be this way! With the current life expectancy, menopause isn’t an entrance to old age, but to the middle of life.

Menopause is simply the passage from the fertile to the infertile stage of a woman’s life. During the transition, an important hormonal change takes place. In fact, that’s the main reason for the changes in the body during menopause.

The main characteristic of this process is the disappearance of the menstrual cycle. Generally, it doesn’t happen suddenly. Periods start being irregular and somewhat chaotic; it disappears and returns, without any particular pattern. This happens for a little while, until it permanently stops.

In addition, a woman is considered to have entered menopause only 12 months after menstruation has stopped. Sometimes, this change happens because of external factors, like the removal of the ovaries or uterus. Also, it could be a consequence of some diseases.

During puberty, with the first menstrual cycle, big changes happen to a woman’s anatomy. The same goes for the body during menopause. Both changes involve physical and psychological transformations due to hormones.

Changes in the body during menopause

Hormonal modifications lead to massive changes in the body during menopause. It’s very common for the first signs of these changes to start being noticeable before menstruation stops. In fact, they include typical symptoms like hot flashes and night sweats.

Likewise, effects start to appear in the brain, bones, muscles, and skin. When estrogen production stops completely, the impact on your bones is even greater. They tend to become noticeably weak and make women more vulnerable to fractures.

In the skin, there’s a decrease in collagen, which causes dryness and loss of smoothness. Also, the distribution of body fat changes. At this stage, it’s common for the silhouette to thicken. It’s common for far to accumulate more in the stomach and legs, especially in sedentary women.

Another change in the body during menopause has to do with decreased genital lubrication, which leads to vaginal dryness. Because of this, sexual relations can be uncomfortable. Additionally, it’s common for bladder functions to change as well.

Also read: Reducing the Damage of Osteoporosis After Menopause

Most females in the animal kingdom don’t have these types of changes. They’re fertile all their lives. Only humans and killer whales, plus some other cetaceans, go through this change. It’s an evolutionary fact. After a certain age, the risk of producing defective eggs increases, so nature stops this from happening.

Also, women are at a higher risk of developing cardiovascular and circulatory problems during menopause. However, you can reduce your risk by adopting a healthier lifestyle. This includes eating healthy and exercising regularly.

Causes of Endometriosis During Menopause
Endometriosis often goes away during menopause but it lingers and complicates in others. Each case develops in its own unique way. Read more »
Link copied!
Interesting Articles
Anatomy and physiology
Why Do Women Experience More Gas During Menstruation?

Anatomy and physiology
The Different Types of Nose Shapes: What’s Yours?

From an aesthetic standpoint, the center of the face is very important for the harmonization of facial features. This is…