What Exactly is Psychoanalysis? How Does It Work?

Psychoanalysis is a theory that seeks to resolve unconscious aspects of the human mind. Is it a science? How does this theory work? Continue reading to find out! 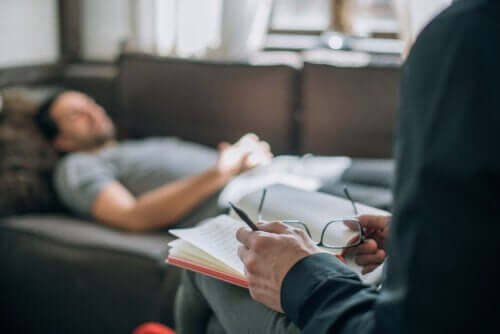 Psychoanalysis is the main historical precedent of psychology. In fact, it’s common to hear these kinds of references in our daily lives.

Many times, people naturally use terms such as “unconscious,” “repress,” or “mental lapse.” All these phrases come from the school of psychoanalysis.

In today’s article, we’re going to review psychoanalysts in order to understand what it is and how it works.

It all begins with Sigmund Freud.

The psychoanalytic theory asserts that the behavior of human beings is the product of a series of psychological interactions at different levels of consciousness: unconscious, preconscious, and conscious.

Freud enjoyed enormous recognition for having created the theory of psychoanalysis in its origins.

With the passage of time, psychoanalytic concepts began to be increasingly questioned, as psychology took a more scientific and less philosophical direction. Currently, one can define psychoanalysis as a theory to understand the functioning of the human mind from an unconscious aspect.

Indeed, psychology separated from the psychoanalytic theory. However, many of the concepts of psychoanalysis remain within psychological language and can illustrate some of the phenomena of human thought.

Check out these Six Interesting Facts About the Human Brain

How does psychoanalysis work?

The word is the main resource of psychoanalytic therapy. It can help patients through dialogue by confronting them with situations from their past by holding weekly continuous sessions.

Childhood is one of the most emphasized stages during psychoanalytic sessions. Furthermore, the main idea in the functioning of these therapies is to access certain information. That which people repress in their unconscious mind.

This is just how a patient can adaptively internalize their past experiences and react more appropriately in the present.

According to Freud, there are three instances in the psychic apparatus: the “id”, the “ego” and the “superego.” The id represents the innate desires of people, the superego is the product of the relationship of the individual with their environment. It seeks a balance between desires and coexistence. Finally, the ego is the conscious instance.

Psychoanalysis is a lengthy therapeutic process that can last for years. Some think the amount of time it takes to obtain results is counterproductive. In fact, detractors of the theory claim it makes no sense to subject a person to such a lengthy process of retrospection.

The fundamental principles of psychoanalysis

Each psychoanalyst should be able to treat their patient according to the needs of their individual case. Therefore, the styles of therapeutic approach will depend, to a great extent, on the professional directing the process.

However, there are some fundamental principles that we mustn’t overlook. Thus, here are some guidelines to better understand how psychoanalysis works:

There’s also the concept of urges and drives within psychoanalytic theory.

First of all, urges represent those intense and uncontrollable desires of people. They’re the longings you can’t help but think about.

Urges and drives are visceral and demand to be satisfied. In contrast, drives are all the social norms and moral information that each subject possesses and interprets in a logical way. The drives keep people from satisfying urges in maladaptive ways.

Find ouy why Hydration is Essential for Your Brain

What’s the purpose of psychoanalytic therapy?

The psychoanalytic process helps achieve a comprehensive understanding of one’s own personality. Thus, the therapies work quite well for people who experience intense and recurrent emotional distress. This is because it helps them understand the exact causes of their problems.

A patient finds relief when they’re able to find the source of their discomfort. The effect of dispelling uncertainty is quite healing.

In contrast, the psychoanalytic process isn’t advisable for those who need a quick solution to a specific conflict.

As we mentioned above, the theory created by Sigmund Freud focuses on the unconscious sides of the personality. Those that aren’t easy to access in the short and medium-term. Defense mechanisms are the main drawbacks of quick results.

Freud established that a series of psychological phenomena occurred in the mind in order to protect the subject when a person began to confront certain uncomfortable realities. Paradoxically, the defense mechanisms of the unconscious have a detrimental effect, since they prevent access to reality.

Criticisms of the theory

Throughout its history, psychoanalytic theory has been severely criticized because many of its postulates haven’t been proven effective. That is, going back to their childhood in order to resolve a conflict in the present works for some, but it isn’t for everyone.

As you can see, psychoanalysis has come to be considered an anecdotal treatment resource. However, within the world of psychological jargon, the words and terms derived from this theory have remained valid from a symbolic point of view.

Five Steps to Reprogram Your Subconscious
You may not be able to change the past, but you can teach yourself to fully live in the present. Learn to reprogram your subconscious. Read more »
Link copied!
Interesting Articles
Healthy mind
Wu Wei, The Art of Solving Problems Effortlessly

The digital world and the Internet are changing our reality. The field of psychotherapy is no stranger to the influence…