What Are Germs and Where Are They Found?

Many people use the term "germ" when it comes to diseases, especially when explaining diseases to children. But do you know what microorganisms this term encompasses and where they are found? Read this article to find out! 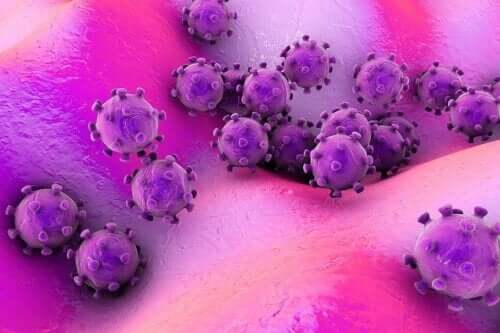 Have you ever wondered what germs are?

The word “germ” has different meanings depending on the context in which it’s used. In biology, it’s defined as the reproductive part of a plant that germinates to grow, for example. Therefore, a germ is metaphorically known as the initiator of something, like a movement.

In this article, we’ll take a closer look at what germs are and where they’re found.  Keep reading if you want to know more about this fascinating microscopic world!

We define this term as any microorganism capable of producing disease or damaging its host, be it of animal or plant origin. Overall, there are four main types of germs that we’ll detail below.

Bacteria are prokaryotic (ie, single-celled) organisms, which are a few microns in size and come in different shapes.

According to the Earth Microbiome Project, they estimate that there are more than a trillion species of bacteria on the planet, so we’re not exaggerating when we say that they’re the essential foundation of every ecosystem. Depending on their morphology, they can be divided into several types:

Bacteria can be immobile or have motor skills, either through cilia or flagella that help them move. Depending on their detection method, based on the nature of the outer wall of their structure, they can be gram-negative or gram-positive. These microorganisms can be free-living or pathogens of living beings, including humans.

Under the strict definition of the term, only bacteria that cause diseases are considered germs.

Viruses are even smaller than bacteria and simpler than bacteria. These germs consist of DNA or RNA chains (single or multiple of them) covered by a protein layer that gives them their three-dimensional shape.

Scientists have described around 5000 virus species, and they can’t reproduce without a host to invade. Viruses hijack the cells of the patient and their machinery, self-replicating within them to continue spreading the disease in the population.

Fungi, protozoa, and others

In order to keep this space as concise and informative as possible, we’ll summarize the rest of the germs or pathogens below:

Learn more: The Causes and Symptoms of Athlete’s Foot and How to Treat it at Home

Where can you find the most germs?

The better question would be what part of the earth is free of them. Microorganisms dominate all environments, and they surround us at all times (and are even found within us!).

But, since in the strict sense of the word a germ is pathogenic for other living beings, it’s important to talk about their prevalence in certain public places:

As we’ve seen, the definition of germs falls short when it comes to encompassing the multiple microorganisms that generate disease in living beings. However, they all have something in common: They’re microscopic beings that take advantage of the existence of others to survive, causing various diseases in their hosts.

What Is Normal Microbiota?
The normal microbiota of the human body is endless in terms of complexity. Some bacteria are essential and remain forever, while others are only in the body temporarily. Read more »
Link copied!
Interesting Articles
Illnesses
The Connection Between Erectile Dysfunction and Diabetes