The Uses and Effects of Cinitapride

As with reflux, most people with IBS tend to alleviate their symptoms with lifestyle changes. However, more severe symptoms can be treated with medication. With that in mind, we invite you to discover the uses and effects of cinitapride. 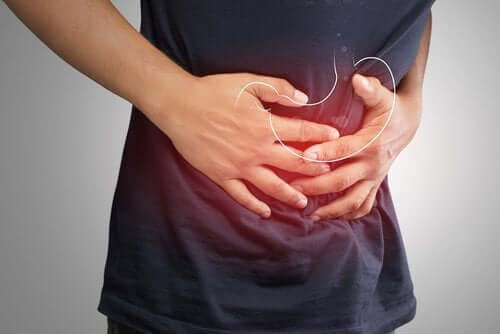 In the following article, we’ll discuss the uses and effects of cinitapride, a medication used for the treatment of gastroesophageal reflux, functional dyspepsia, and irritable bowel syndrome.

Overall, all of these disorders fall under the category of gastrointestinal motility disorders. They have a considerable clinical and social impact and are a frequent reason for consultation in primary care, especially in adults.

What’s more, their incidence in the general population can exceed 20%. Therefore, cinitapride, which belongs to the family of drugs called prokinetics, is very effective in treating all these problems. After all, it stimulates gastrointestinal motility.


Gastroesophageal reflux disease (GERD) occurs when stomach acid leaks out of the stomach into the esophagus. Therefore, it can affect the lining of the esophagus, triggering several symptoms.

Overall, symptoms may incude the following:

With a lifestyle change, it’s possible to reverse GERD. However, some people need additional treatment. This may include the administration of cinitapride or even surgery in the most severe cases.

What about functional dyspepsia?

This is a disorder that affects up to 30% of the general population, and for which cinitapride is a treatment option. Overall, it’s a condition that involves several symptoms, such as:

This is a fairly heterogeneous disorder. The reason for this is that several causes can lead to a similar clinical picture. In short, dyspepsia is a set of symptoms that originate in the upper gastrointestinal tract when there’s no organic cause or metabolic disease that could explain the symptoms.


This is another common disorder among the general population that affects the large intestine. Typically, it develops with the following clinical picture:

As with reflux, most people with irritable bowel syndrome tend to alleviate their symptoms with lifestyle changes. However, more severe symptoms can be treated with medication, where cinitapride comes into play.

The effects of Cinitapride on the body

As we’ve mentioned, this drug has a prokinetic activity at the level of the gastrointestinal tract by possessing a marked procholinergic action:

Thus, the cinitapride manages to:

The administration of this medicine is totally contraindicated in patients who present hypersensitivity to the active ingredient or any of the following excipients:

On the other hand, the administration of this medication is also contraindicated in those cases where the prokinetic effects of cinitapride on the gastrointestinal tract could be harmful to the patient. An example of this is in those patients who have hemorrhages, obstructions, or tardive or neuroleptic dyskinesia or perforations.

At the same time, the use of this medicine in children and adolescents isn’t recommended, since there’s no clinical information on the safety and effects of cinitapride in this population group.

Similarly, there’s no data on the use of cinitapride in pregnant women. Animal studies don’t suggest direct or indirect harmful effects in terms of reproductive toxicity. However, it’s best to exercise caution and avoid the use of cinitapride during pregnancy. That said, if use is necessary, it’s up to the physician to assess the risk/benefit ratio.

Overall, Cinitapride is a drug widely used to treat various digestive disorders, such as functional dyspepsia. It’s important to note that it’s contraindicated in several situations.

Therefore, you should consult your doctor or pharmacist about your condition before using it. That way, you’ll be able to avoid complications for your health.

Five Herbs to Improve Digestive Problems
Digestive problems have diverse causes that lead to different symptoms, and for centuries people have used treatments that are based on herbs to fight them. Read more »
Link copied!
Interesting Articles
Medication
Tretinoin and Acne: Warnings and Uses