Certain drugs used to fight cancer can cause nausea and vomiting. Fortunately, there are already many drugs that are effective in preventing and relieving the nausea and vomiting associated with chemotherapy. With that in mind, we want to talk to you about antiemetics. 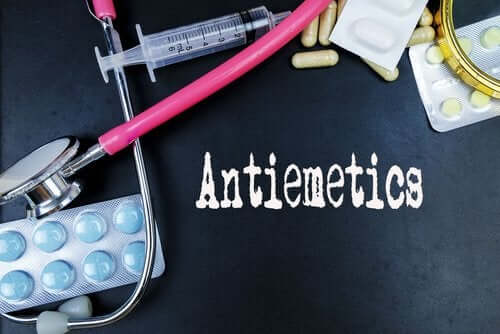 Today, there are medicines, known as antiemetic drugs, that are effective in preventing nausea and vomiting of different origins. For example, it can help relieve the uncomfortable side effects of chemotherapy.

It’s important to differentiate both terms. Nausea is an unpleasant feeling in the throat and stomach that often precedes vomiting. It usually appears along with other symptoms such as paleness, sweating, and excessive salivation. And, in some cases, it may also involve a decrease in blood pressure and the number of heartbeats per minute.

After nausea, gagging occurs, which is the very effort of vomiting. These are strong contractions of the muscles of the abdominal wall. Their purpose is to create the pressure necessary to vomit.

Gagging can occur with vomiting, preceding it or following it. Finally, vomiting, clinically known as emesis, is the rapid and energetic emptying or expulsion of the gastric contents. Sometimes, it may involve the expulsion of intestinal content.

What are antiemetic drugs?

Antiemetic drugs help to prevent nausea and vomiting. They’re normally prescribed to treat motion sickness and the side effects of the following pharmacological groups:

In this sense, we’re going to look at the most common antiemetic drugs that help prevent nausea and vomiting of different origins.

Read also: Licorice Root; A Remedy to Soothe Your Stomach

Antiemetics to prevent nausea and vomiting

Nausea and vomiting in pregnancy affect about 80% of women. These symptoms are generally mild and usually go away by the 20th week of pregnancy.

There’s very limited clinical evidence regarding the treatment of hyperemesis gravidarum. Furthermore, in most cases, studies have involved patients who have these symptoms in their mildest form.

In this regard, we have doxylamine, an antiemetic antagonist of histamine H1 receptors, marketed under the brand name Diclectin, among others.

As a second line, doctors usually administer metoclopramide, a dopamine antagonist. However, patients shouldn’t take this drug for more than 5 days, at a dose of 10 mg up to three times a day. Doctors may also prescribe ondansetron as a second line of defense. And, as a third option, they may prescribe methylprednisolone, adjusting the amount to the minimum effective dose.

Among the most common antiemetic drugs for these cases are the following:

Find out: What Are the Side Effects of Cancer Treatments?

Antiemetics for dizziness or motion sickness

The dizziness that appears during traveling is also called motion sickness. This is the appearance of nausea, vomiting, and symptoms that occur as the result of repeated linear and angular acceleration and deceleration.

To reduce the symptoms, experts recommend taking a drug that reduces dizziness. Thus, the recommendations are:

Conclusions on how to prevent nausea and vomiting

Fortunately, we currently have a wide range of therapies available to prevent nausea and vomiting due to various causes. Consult your doctor or pharmacist if you have any questions about these medications. That way, you’ll be sure to carry out the treatment well and improve the therapeutic effectiveness that antiemetic drugs offer.

Researchers Have Discovered a New Cancer Treatment that Might be Better than Chemotherapy
Unlike chemo, immunotherapy is a personalized treatment that uses our own body to react against cancer. It's also much less aggressive for the patient. Read more »
Link copied!
Interesting Articles
Medication
Uses and Side Effects of Dicloxacillin