The Many Uses for Cinnamon in Gardening

Cinnamon is a type of spice that comes from Sri Lanka. Science has proven that this spice has great properties, which are applicable to health and beauty. 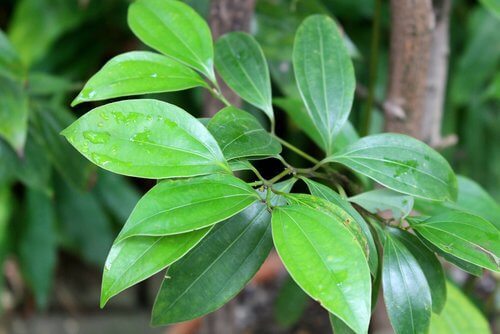 Its uses in food and desserts are well known because many love its flavor and aroma. Cinnamon also has a great impact when it comes to diseases like cholesterol and diabetes. However, today we’re going talk about cinnamon in gardening. The versatility of this spice, extracted from the tree of the same name, can be an excellent ally when it comes to making plants more beautiful.

Uses of Cinnamon in Gardening

Ground cinnamon can be used to treat various gardening problems. You can achieve surprising results when pouring it on your plants.

As cinnamon is a natural fungicide, you can eliminate fungi, insects, protect seedlings and help heal small wounds by applying it to your plants. In addition, it’s natural, healthy and economical, which makes it perfect to use in the garden.

How to Grow Cinnamon at Home


Cinnamon is excellent for humans, but not for insects. So, if you have ants or mosquitoes that are pestering the seedling you have just planted, don’t despair. You can get rid of them by using just a little bit of this spice. This is one of the great benefits of using cinnamon in gardening.

To keep these pests under control you only have to spread some of this spice around the plant or wherever you want to eliminate these unwanted insects.

Fungi are other enemies of good plant health. When you see traces of mold and fungus in your plants, just add a little ground cinnamon to them in order to prevent the fungi or mold from growing and reproducing.

If the problem is very aggressive, you must remove the fungi from the plant. However, if the fungi are in the soil, you can just change the soil and the pot the plant is in.

However, if the fungi are in the plant, put a little bit of ground cinnamon on it to stop the appearance of this problem.

Similarly, if the fungi appear in the soil, just add a little cinnamon on it and you’ll see that this is enough to restore the health of your plants. And so, there is a large variety of uses for cinnamon in gardening.

3. Getting rid of diseases


When we grow fruits or vegetables, the last thing we want to see are diseases in the seedlings, which can prevent healthy and beautiful vegetables and fruits from sprouting.

Seeds or seedlings can also be attacked by fungal wilting diseases, which may be caused by different types of fungi or by poor soil conditions.

To prevent this disease’s dire consequences, you just have to add ground cinnamon to the manure or soil where your plants are.


If you’re planting cuttings, don’t use chemicals to stimulate the rooting hormones.

You can simply put ground cinnamon on the stem of the cuttings you want to root when you plant them and that’s it.

This spice is the perfect solution, and you will also save money by not having to buy expensive products to help you plant your cuttings.

If you’re reproducing your plants for cuttings and have different types of gardening problems that are stopping you from getting good results, there’s a way to stop this. Below, we’re also going to give you a powerful fungicide recipe that has cinnamon as its main ingredient.

Aspirin will act as a rooting accelerator and cinnamon as a fungicide. If you have any leftover liquid then discard it, because it can’t be preserved after using it.

How to Grow Rosemary, Parsley, and Mint at Home


If you’ve done excessive pruning, or if when removing weeds you have neglected and injured your plants, you can help them heal by placing ground cinnamon on the wound.

This will prevent illness or further damage to the plant and will accelerate the plant’s healing process.

All these tricks are fantastic to use in the garden. Also, cinnamon is a natural choice and smells great.

Don’t hesitate to use it on your plants, because you’ll notice how they grow much healthier and stronger.

Make sure you have ground cinnamon in your pantry, as it will solve many of your garden problems. So now we can see that you can also use cinnamon in gardening, aside from its regular use in the kitchen.

Four Ways to Decorate Your Small Garden
There are plenty of ways to get the most out of a small garden just by adding a few small details. It all depends on your style.  Read more »
Link copied!
Interesting Articles
Did you know?
New Year's Traditions Around the World