How to Grow Cinnamon at Home

Growing cinnamon at home is an great way to take care of your health. It's also excellent for interior design. Since urban gardens are so popular right now, this is within your grasp. 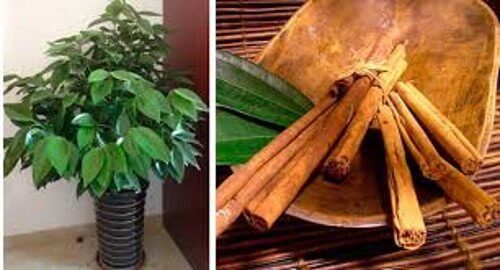 Cinnamon is extracted from a tree from Sri Lanka. However, you don’t have to go there to look for such a plant. Actually, today, it’s very easy to grow cinnamon at home to take advantage of all its benefits.

Did you know that cinnamon can be positive for your cardiovascular health? Therefore, growing cinnamon at home is a very smart decision, because you’ll completely control its growth and you can use it whenever you want. Do you want to know how to do it? Keep reading.

Cinnamon has benefits that most people are unaware of. Of oriental origin, it’s usually used as an aromatic ingredient in sweet preparations and drinks, among other recipes. However, consuming it can also help you take care of your health and figure.

If you’re diabetic, cinnamon can be your ideal complement. Some studies suggest it may help lower blood sugar levels. In fact, several in vitro experiments in humans have yielded positive results.

However, it should be noted that such investigations haven’t yet been able to determine exactly how this mechanism works, or in what quantities.

Therefore, it isn’t possible to claim that cinnamon (or any food) is a treatment for diabetes. However, this doesn’t mean that its inclusion in a healthy diet (in adequate amounts) can’t be beneficial for people with this problem.

In addition, according to an article published in the journal BMC Complementary and Alternative Medicine in which more than 70 studies on cinnamon were analyzed, it could also be good for lowering cholesterol and promoting wound healing.

Also, it has anti-inflammatory and antioxidant properties, which could be good for fighting free radicals that threaten cells.

Finally, it’s worth mentioning that it stands out for its iron and calcium content. For all this, it can be interesting to grow cinnamon to enjoy all its benefits.

What you need to grow cinnamon at home

A rise in the popularity of organic gardening has made urban gardening much easier. You no longer need a large piece of land to sow your own vegetables and spices.

All you need is a space with sunlight and access to water, and the other tools are available online or in specialized agricultural stores.

How to grow cinnamon at home

Below, we’ll tell you how to grow cinnamon at home. You don’t have to follow these simple steps and you’ll achieve success:

Incubate it in a warm place

Cinnamon’s natural habitat is in moist areas. Thus, for this first step, we recommend mixing the substrate with the seeds and leaving them in a bowl in a shady area.

Cinnamon can’t go without water. However, the soil you’re going to use for this is perfect, so simply watering once or twice a day will be enough.

At this time, the plant will be mature and you can transplant it into a final pot. Think about the size of the plant because the best container will depend on the stalk.

Place it in a brighter spot

Once you’re ready for this, the seeds will appreciate a bit of light. But remember, the sun rays shouldn’t hit the plants directly.

Water them but don’t drown them

At this stage, you need to make sure they get enough water, just like at the beginning. You need to remember that the substrate you use is ideal to ensure humidity. Don’t water it too much, though, because you could rot the roots if you do.

Read: 10 Plants that You can Easily Grow in Your Garden

The other benefits of growing cinnamon

Using these simple steps will lead you to success without much effort. In addition to its nutritional properties, you’ll leave your friends speechless with its lovely summertime leaves.

Whether they’re yellow or you choose the white variety, they add an incredible decorative touch. They also leave a delicious aroma that will fill your house, giving it a great ambiance.

All of this is within your grasp and it’s inexpensive. As you already know, it’s often a good idea to grow your own food for your health and your wallet. That’s why we hope you try growing this spice now that you know about its benefits for cleansing your body and sweetening your soul.

How to Grow Your Own Garlic at Home
It's particular flavour makes it an excellent seasoning for dishes. Apart from this, it has many diverse medicinal properties. In fact, garlic regulates high blood pressure, and also works to prevent cholesterol adhering to the artery walls. For this reason, it's really convenient to grow your own garlic at home. Read more »
Link copied!
Interesting Articles
Garden and outdoor spaces
Robust Plants that Don’t Require a Lot of Care

The spread of plant pests and diseases has increased in recent years and, in fact, has reached epidemic proportions. Although it's a problem that's receiving more and more attention, not…

Would you like to learn how to make some beautiful exterior lanterns to decorate your yard? The lighting in this part…

During the summer, you can start seeing terraces, gardens, and balconies full of plants. However, depending on the characteristics of…