Types of Cheese and Their Nutritional Value 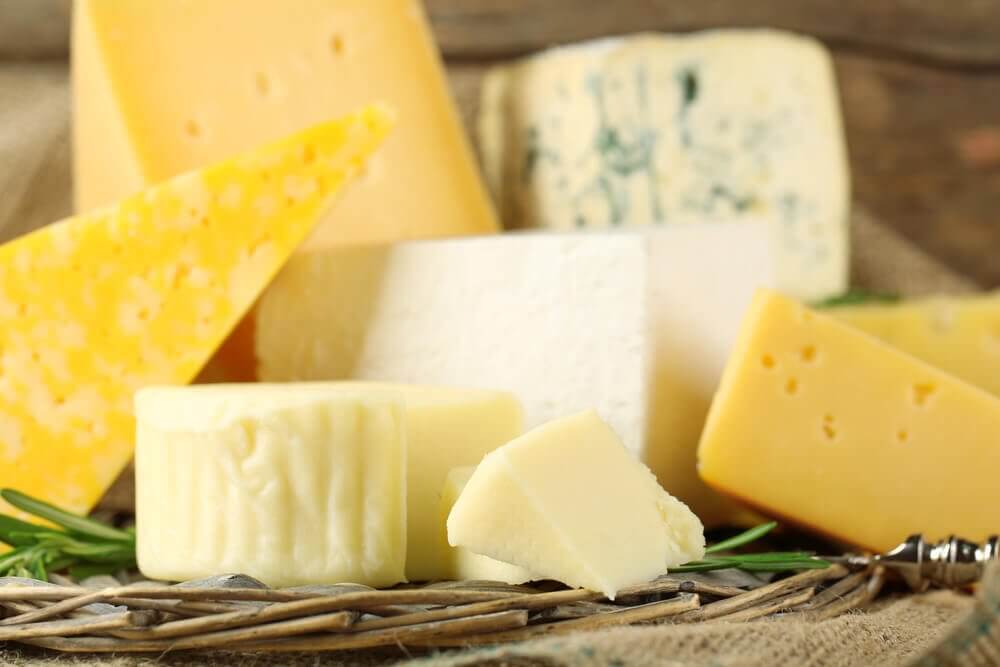 Cheese making is a thousand-year-old art which is done differently in every region. Each culture has its own curing techniques and milk mixtures. That’s why there’s a wide variety of different types of cheese.

Read the following health benefits of these different types of cheese:

The first most well-known type of cheese is originally from the village of Cheddar in Somerset, England. This was once the only place it was made. However, since its production is not protected, cheddar can be made anywhere.

This cheese comes from cow’s milk and its flavor is quite intense. It’s a relatively hard cheese that has a white color. When cured, its texture is slightly brittle or soft.

Read this article too: Cheese and Coconut Rolls, a Very Simple and Gluten-free Recipes

The second of the most popular types of cheese is Parmigiano Reggiano, or Parmesan, and is considered to be one of the best. Parmesan cheese comes from the milk of cows that graze on fresh grass and hay. It comes from the provinces of Parma, Reggio Emilia, Bologna, Modena, and Mantua.

Parmesan cheese has an unmistakable smell and possesses a variety of well-defined aromas – wine, raisins, and dried fruit. Its texture is hard and rough. It has a fruity and nutty flavor that’s difficult to cut due to its texture. It’s usually sold grated or grated over soups, pasta, and risottos.

The third popular cheese is mozzarella. This fresh cheese comes from the milk of buffalos that graze in very few countries, such as Bulgaria and Italy. Therefore, the majority of mozzarella cheese sold in supermarkets and shops comes from cow’s milk. It’s originally from Aversa, a city in Italy. This cheese is eaten fresh, which is soft, greasy and fibrous. It’s mostly used on pizzas and salads.

This cheese was Charlemagne‘s favorite. In France, its place of origin, people say that this is the “cheese of kings and popes”. Its flavor is very strong and salty. It also easily breaks into pieces and is moist. People often use it in salads or as a topping.

Check out this article too: Delicious Chicken Breasts with Cheese Sauce Recipe

This cheese originates from the city of Monterey in California and it comes from cow’s milk. Due to its commercial value, a businessman named David Jack began selling it all across California. This cheese has a mild flavor and is very common in Spanish and Mexican cooking. It also has a texture and flavor that’s very similar to Cheddar and goes perfectly with red wine.

What are The Healthiest Cheeses for Our Body?
When it comes to choosing a quality cheese, the general rule is that you should know the company that produces it. Fresh cheese and ricotta cheese are considered the healthiest cheeses. Read more »
Link copied!
Interesting Articles
Did you know?
Why Do We Have Armpit Hair?