To avoid acid reflux it’s best to wear baggy clothes that don’t restrict your stomach, since tighter clothes might increase the pressure in this area. 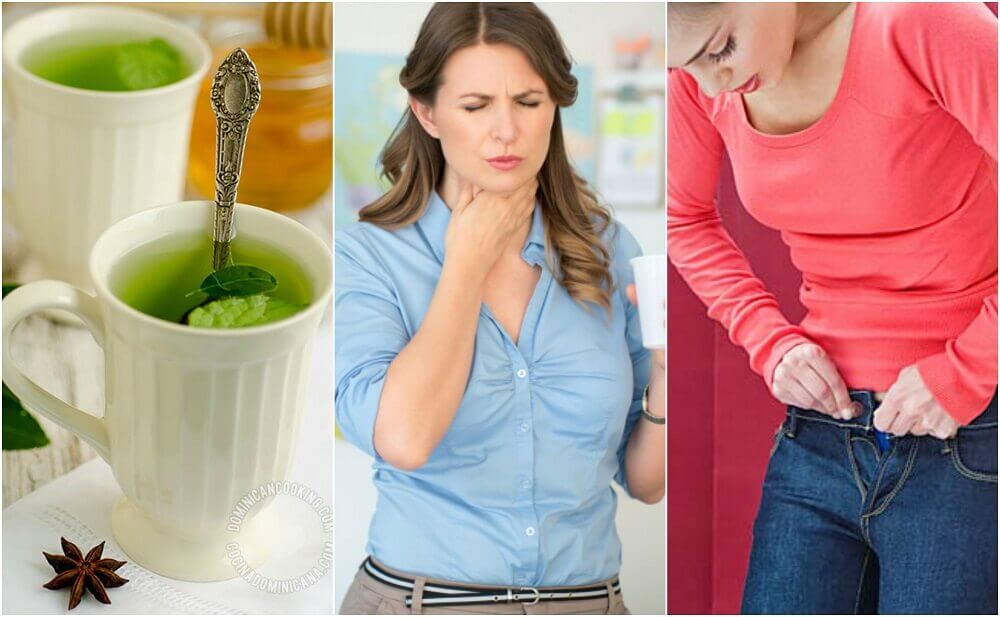 Acid reflux occurs when stomach acids rise up the esophagus and into the mouth. It’s often described as a burning sensation in the upper abdomen. This is often accompanied by chest pain, heartburn, and difficulty swallowing. That’s why in this article we’ll be showing you how to prevent acid reflux with 8 practical tips.

It’s caused by a weak or poorly-functioning esophageal sphincter, a muscular valve whose main function is to keep food and liquids in the stomach.

Although it’s not an illness as such, it can happen sporadically, and it’s important to take certain measures to prevent it.

Given that there are many factors that can cause it, in this article we’re going to share eight tips to help prevent acid reflux.

In order to prevent acid reflux we have to look at our eating habits. The truth is that bad eating habits are the main cause of continuous episodes of reflux.

Eating overly large portions or a bad combination of foods are a common source of heartburn and stomach irritation.

Because of this it’s best to limit your consumption of the following foods:

People who are overweight or obese tend to suffer from reflux more often.

This is because excess weight produces pressure on the stomach which often causes the stomach acid to return up the esophagus.

Cigarette smokers must give up if they want to control the excess acid in the stomach and esophagus.

The toxins in tobacco reduce the production of saliva, a substance which helps counteract stomach acid to prevent heartburn.

They also cause your mouth and throat to be dehydrated which then causes further problems when suffering from reflux.

Although many people overlook it, wearing tight-fitting clothes can also be a factor for people suffering from reflux.

Tight jeans, belts, and some shirts increase the pressure on the abdomen, thus causing the gastric juices to escape after eating.

Your body’s posture when eating, and afterwards, plays a very important role in the workings of the digestive system.

A good posture helps the movement of food from your mouth to the stomach, and then gravity will help keep the stomach acids where they should be.

The anti-acid and digestive properties of many natural ingredients can work well to prevent and treat the symptoms of acid reflux.

They regulate the stomach’s pH and help keep the esophageal sphincter working correctly.

Some recommended ingredients include:

Finding yourself in stressful situations on a regular basis is one big cause of acid reflux which many people overlook.

Some people think that there is no relation at all, but in reality it’s very relevant.

If you drink too much alcohol it can irritate the stomach lining and, as well as reflux, can cause other uncomfortable symptoms.

The toxins in alcohol are difficult to digest and they block the function of the valve which stops stomach acids rising up towards the mouth.

Do you feel a strong burning sensation in your abdomen and throat? If you often complain of this problem, then follow all of these tips to keep it under control.

If the symptoms persist, or appear without reason, then consult a doctor to make sure that it isn’t caused by something more serious.

7 Nutritious Breakfast Smoothies for Each Day of the Week
Nutritious breakfast smoothies, made with fruit, vegetables, cereals, and nuts are a great option for breakfast and get a good number of vitamins from the very first moment of the day. This way you can increase your energy levels, feel more awake, and prevent minor illnesses that can affect your quality of life. Read more »
Link copied!
Interesting Articles
Illnesses
Risk Factors for Mouth Cancer