The Most Common Digestive System Diseases

Digestive system diseases constitute an important portion of the common diseases in the world. Of these, some are more common than others. In this article we'll tell you everything you need to know about them. 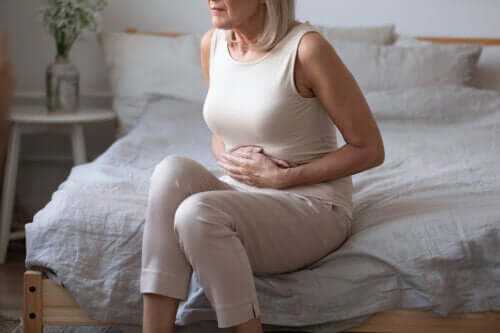 There are digestive system diseases that appear and disappear on their own, almost as if they were temporary symptoms. For example, some food poisonings tend to appear for 24 hours and then disappear.

However, there are others that are chronic, such as colon cancer, whose symptoms don’t become evident until it causes serious health complications. Although researchers have made progress in its detection, it continues to be one of the most prevalent neoplasms.

Part of the reason that there are so many digestive diseases is that the digestive tract is varied throughout its journey and involves various organs; from the mouth with its own micro-environment, to the large intestine and its attached glands, such as the pancreas, which also perform hormonal functions by secreting insulin. What are the most common digestive system diseases? Keep reading to find out!

Among children, gastroenteritis is a common illness. These are almost always infections that they contract from contact with other children, especially in school settings.

The biggest danger of diarrhea in childhood is dehydration. When gastroenteritis is prolonged and aggressive, promoting copious vomiting along with loose stools, water escapes from the body carrying electrolytes with it.

Therefore, the basic treatment for gastroenteritis is hydration. Parents should offer fluids to children in the correct way, without forcing nausea, and by replenishing salts as well, especially sodium and potassium.

In some countries, diarrhea is a huge cause of mortality and a public health problem associated with poor environmental sanitation. Simple hygiene, which can include hand washing, is already a powerful barrier against the microorganisms that cause gastroenteritis.

Gastroesophageal reflux disease (GERD) is an unpleasant condition in which stomach acid backs up and goes up the esophagus. Patients often complain of chest pain, heartburn, and even coughing.

Hydrochloric acid from the stomach should only be inside the stomach so it doesn’t cause harm to other parts of the body. When it advances to other organs, it hurts them, and this is what happens with the esophagus, which isn’t prepared to receive that acidity.

To treat the condition, doctors often prescribe antacids and changing eating habits. The patient should decrease the volume of food they eat at each meal and eat every 4 hours, approximately.

In adults, hemorrhoids are one of the most common digestive system diseases. They’re veins in the rectal area that become varicose, that is, they lose their tone and become inflamed until they bleed.

Many times, a doctor can observe hemorrhoids with the naked eye and the diagnosis is quick. In other cases, they’re internal, so the doctor performs an observation with a device, in a procedure called rectoscopy (proctoscopy) or anoscopy.

Colon cancer is a serious disease and, unfortunately, very common. After lung and breast cancer, it’s the third most prevalent neoplasm in the world. In some countries it has risen to second place if you combine the numbers of men and women with the diagnosis.

Although it’s at age 70 that the peak number of cases occurs, from age 50 the susceptibility and risk increase. That’s why doctors recommend you perform a regular colonoscopy from that age, to detect polyps that they can remove before they become malignant.

Today, there are a variety of treatment options for colon cancer. However, it’s still a serious problem. The base of treatment is, in fact, in early detection. For this reason, campaigns that encourage tracer endoscopies are essential.

Find out more: Symptoms of Colon Cancer in Women

The most common digestive diseases are treatable

Diarrhea, gastroesophageal reflux, hemorrhoids, and colon cancer are digestive system diseases that have treatment options. Science has advanced enough for us to be able to identify appropriate forms of prevention and treatment.

Individual and social responsibility is important in each of them. Proper hygiene, healthy eating, enough awareness to schedule a consultation early on and carry out screening tests are the tools we have at our disposal to combat the most common digestive diseases.

Nine Healthy Habits to Avoid Digestive Problems
Eating should always be a pleasure. However, some habits can make you suffer after meals. In this article, discover some habits to avoid digestive problems. Read more »
Link copied!
Interesting Articles
Illnesses
Cancer During Pregnancy: What You Need to Know