The Best Diet if You Suffer from Gallstones

It’s very important to drink 2.5 to 3 liters of water a day and be strict with your diet if you suffer from gallstones because if you take medication and don’t correct your diet, you won’t solve the root problem. 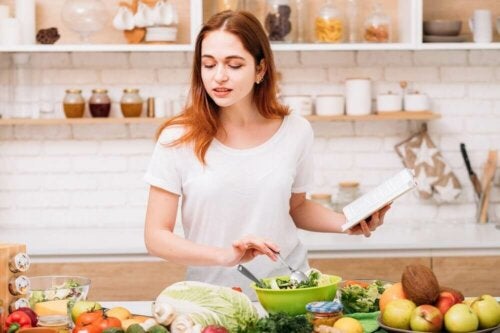 If you suffer from gallstones, you should follow a diet that mainly consists of low-fat foods. Thus, you’ll have to avoid eating fried foods, oils, and sausages. Instead, you’ll need to increase your consumption of water, fruits, and vegetables.

All this will help reduce symptoms such as abdominal pain or discomfort during crises, with food being a fundamental component. However, it shouldn’t replace the clinical treatment your doctor prescribed, which may include the use of some medications to relieve your symptoms.

The manifestation of gallstones is a common problem. Gallstones are solid particles that form in the gallbladder, caused by the crystallization of bile.

The gallbladder is a small organ that, along with the pancreas and the liver, is responsible for producing digestive enzymes and bile to digest fats. Gallstones don’t allow the gallbladder to do its job, thus preventing the easy digestion of all foods.

Others believe that gallstones can be caused by poor eating habits. An excessive consumption of foods rich in fats forces the liver to secrete more bile. This is why it’s important to control what you eat, both to prevent the appearance of gallstones and to relieve your symptoms.

For more information, you should read: What Foods Should You Eat if You Suffer from Gallstones?

Diet for patients who suffer from gallstones

It’s very important to drink 2.5 to 3 liters of water a day and be strict with your diet if you suffer from gallstones, because if you take medication and don’t correct your diet, you won’t solve the root problem.

Establish a fixed schedule of five to six meals, taking into account:

You should eat foods rich in water and with little or no fat content, such as:

In addition to consuming these foods, it’s important to grill or steam them because these are the cooking methods that don’t add fats to foods.

You should also read: 6 Signs and Symptoms of Possible Gallbladder Problems

High-fat foods, such as the following, are forbidden:

Why is it important to limit your fat intake?

The problem when a person with gallstones ingests fats is because bile is a substance that the gallbladder produces. Its function is to mix with the fats in the intestine to help absorb them. So, if they ingest fats, their gallbladder will be stimulated to release bile and this will cause even more pain and discomfort.

In this regard, it’s important to remember that people with gallstones should consult a nutritionist so that they can get a personalized nutritional plan, according to their needs. Also, it’s important to go to a digestive system surgeon so they can indicate the treatment to follow.

Read These Diet Tips to Prevent Gallstones
Diet is a key factor in the treatment of patients who have gallstones. A diet can accelerate recuperation help control symptoms, and help avoid gallstones. Read more »
Link copied!
Interesting Articles
Healthy diets
Food to Include in the Hashimoto's Diet