It's important to recognize some of the common syptoms of kidney problems so you can get treatment in time. 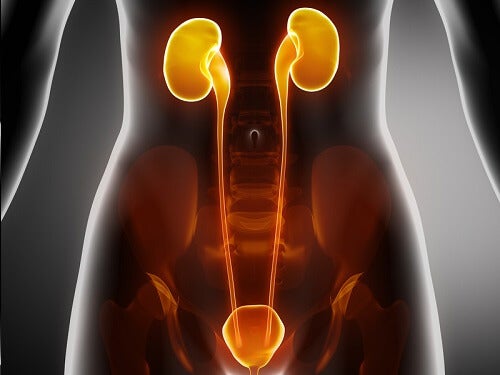 Did you know that the majority of individuals who suffer from kidney problems aren’t aware of it? This is because the first symptoms are nearly imperceptible.

Several years could pass from when the first symptoms of kidney failure arise to the appearance of kidney disease, which are not the same.

Let’s learn about the common symptoms of kidney problems in the following article.

Knowledge is power: signs that you could suffer from kidney problems

Doctors confirm that patients need to be aware of the symptoms of kidney problems in order to act as soon as possible.

This will make treatment more effective and shorter lasting. Below are the most common signs that an individual may be suffering from kidney failure, which is why it’s important that you pay attention.

If you suffer from at least two or three of these, you don’t necessarily need to worry. But you should see your doctor so they can perform a blood and urine test.

Keep in mind that a lot of these symptoms aren’t only related to kidney problems, yet it’s good to know them anyway.

Make an Infusion from this Plant and Clean your Kidneys
Parsley is a plant that is used as a condiment, but it does more than just adding flavor. Parsley infusions can help you to clean your kidneys. Read more »
Link copied!
Interesting Articles
Illnesses
What Are Autoinflammatory Diseases?