Although stereotypic movement disorder (SMD) is diagnosed at an early age, its causes are difficult to detect. Read this article to learn more about this condition! 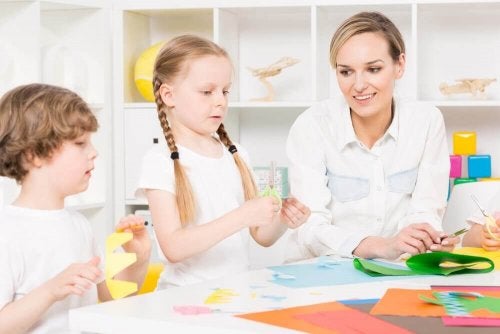 According to the Desk Reference to the Diagnostic Criteria from the DSM-5, stereotypic movement disorder involves repetitive, non-functional behavior. This disorder can interfere with the social and academic activities of the child who suffers from it.

Typically, stereotypic movement disorder is diagnosed at an early age, meaning it can be treated as early as possible.

Oftentimes, the causes of stereotypic movement disorder are unclear. In fact, sometimes, specialists confuse it with other disorders.

However, some possible causes may shed some light on the causes of stereotypic movement disorder:

First of all, certain drugs, such as amphetamines, can cause the same behavior that a patient with stereotypic movement disorder exhibits.

Unfortunately, children whose parents take drugs have easy access to them. However, in these cases, the symptoms tend to go away on their own. (That is unless they continue to have exposure to the substance).

This article may interest you: What Are the Most Dangerous Drugs in the World?

Also, Lesch–Nyhan syndrome (LNS) may present some of the symptoms of stereotypic movement disorder. Also, it may manifest if the child suffers from mental retardation or has a head injury.

The problem with this disorder is that it may be confused with autism, obsessive-compulsive disorder, or Tourette syndrome. For this reason, specialists must do several tests before diagnosing the patient.

One problem is that stress, boredom, or frustration can worsen the movements. In some cases, the child may end up harming themselves. These cases are very serious and should be urgently addressed.

This article may interest you: When Childhood Stress Is Caused by Parents

Overall, the treatment depends on the internal cause that’s causing the stereotyped movements.

The doctor will opt for a certain treatment depending on the diagnosis. This will include whether the stereotypic movement disorder manifests with self-injurious behavior or not.

Overall, here are some of the available treatments:

Overall, the biggest problem with this disorder is that it interferes with the child’s life. The movements they make are involuntary. This means they can’t control them, no matter how hard they try. Therefore, if your child has this disorder, you must keep in mind that the movements may be permanent.

However, with the aforementioned treatments, you may see slight improvement or greater control.

Research Discovers Physical Characteristics Linked to Autism
In this article, we'll look at an analysis of autism and we'll talk about a research about the possibility of a physical characteristic linked to Autism. Read more »
Link copied!
Interesting Articles
Children
How to Explain Death to Children?

Interesting Articles
Illnesses
Congenital Insensitivity to Pain: What Is It?