How to Know if Your Child is Doing Drugs

As parents, we should learn to identify if the changes in behavior of our kids are due to their development or something else, like drug use, for example. Learn how to recognize these patterns. 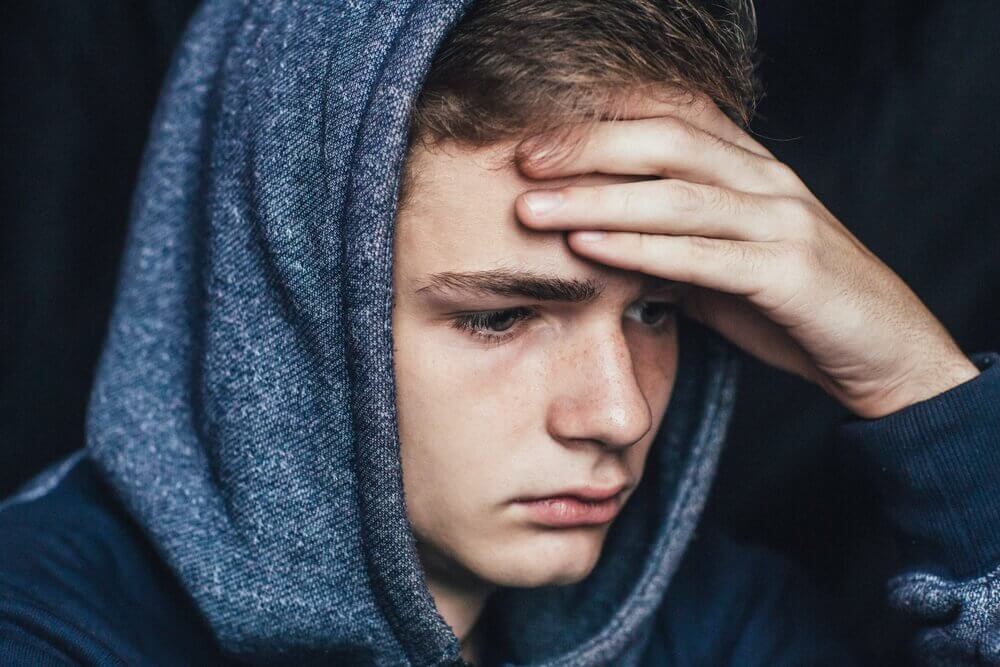 Nowadays, drugs are one of the biggest things that parents worry about. Knowing if your child is doing drugs is crucial to finding help in time.

The numbers that manifest every year are alarming. Although it’s seen as “normal” that teenagers “experiment” with everything, it’s easy to become an addict.

Adolescence is a time of rebelling in the sense that a teenager can behave in unusual ways, but this shouldn’t mean using drugs.

People between the ages of 11 and 21 usually have a distorted perception of risk. This explains why they tend to conduct themselves in a way that, when it’s too late, they regret it.

Parents of children with some type of addiction say that recognizing the problem in time isn’t so easy…the signs aren’t that clear.

In this article, we’ll take a look at some of the signs to watch out for.

The Rampant Adolescent and Drugs

Adolescents are, by definition, daring and rebellious. They experience a time full of changes that are difficult to deal with.

The development of sexual interest and the need to belong and identify themselves with their peers begin.

This period is characterized by experimenting and trying to stay on the same wavelength as their friends. The influence that friendships have on each teen is intimately related to their sphere of influence.

If they also don’t have a healthy channel of communication with their family through which they can openly talk about whatever they need to, it can be more complicated to act on time and save the adolescent from this terrible fiend.

Abuse and Mistreatment in Adolescent Couples

Many adolescents and parents see drug use as a simple act that they’ll drop later on. They don’t assume the risk that it could stay with them for the rest of their lives, causing serious problems in their personal and professional lives, as well as their health in general.

Teens don’t realize until actually trying drugs that it can easily become a serious problem. As parents, on the other hand, we refuse to accept that our child isn’t exempt from these types of experiences. Therefore, we tend to not be prepared, not knowing how to act if it were to happen to us.

The first thing that we should do is determine if the disrespectful attitude from our child is due to hormonal changes or not.

It’s critical to see a little farther than this tough age that they’re in, and verify if the strange behavior is really from drug use.

The teens that are experimenting with drugs will naturally try to hide it. Therefore, it’s vital that you pay attention to any difference in conduct, as insignificant as it may seem.

1. Pay Attention to the Smells

Drugs like cigarettes or tobacco have strong smells that stick to those that use them, as well as their clothes.

The strategy that users employ to prevent being discovered is to repeatedly apply cologne, chew gum, and wash their hands excessively.

2. Look into Their Eyes

Each drug in particular has side effects. For example, cannabis causes redness and a sleepy stare. On the contrary, cocaine and ecstasy cause the pupils to dilate, with eyes that appear very wide and round.

Hormonal changes in teens usually cause changes in humor, but those caused by drugs are usually much more exaggerated in comparison. Boys become irritable and aggressive about everything when they are in withdrawal because their body craves the drug.

They isolate themselves and tend to distance themselves from others, especially their fathers, since that way they can use drugs without having to explain themselves.

4. Stealing Medicine from the Cabinet

When someone starts to abuse drugs, they usually experiment with different types of drugs, which is why they say it’s “just trying” them.

The family medicine cabinet is usually a source of drugs without costing them anything. Pain killers or popular cough syrups are the most commonly recommended by those that have already tried them and try to induce others.

Therefore, if any of your medications in your house disappear, it’s time to have a conversation.

One of the most devastating effects of addiction is the bad habit of abandoning everything and creating more free time. The young drug user leaves their studies and everything that requires commitment.

Scholastic performance goes down and they refrain from committing to homework before enjoying their free time.

Behavioral changes in a child that is abusing drugs are often so evident for the parents that know what to look for. Depending on the type of drugs (stimulants or depressants), there will almost always be specific proof.

If they’re walking and talking quicker, they could be using amphetamines. If they go two days without sleeping; it’s possible that they’re using cocaine. If it’s the opposite, they seem tired and slow, they could be smoking cannabis.

We should clarify that these signs mentioned in the previous paragraphs, when they are isolated, aren’t determining factors that the teen is a drug addict. However, the more changes you see, the more likely they are to be experimenting with drugs.

The important thing is to be alert, to look out after your kids, to keep track of them and where they go, who they’re hanging out with, and who their friends are.

Daily effective communication is the basis for maintaining a close relationship with your kids and preventing terrible situations like drug addiction.