The most puzzling thing about spontaneous coronary artery dissection (SCAD) is that it occurs in people, usually women, who seem to be in perfect health. If left untreated, it leads to death. 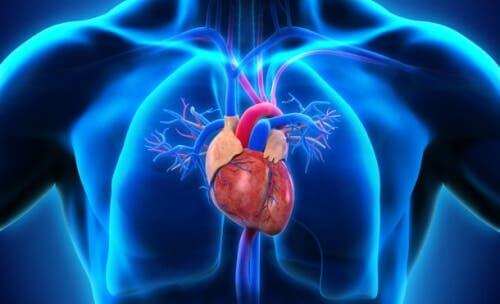 Spontaneous coronary artery dissection (SCAD) is a rare emergency condition. The first case was detected in 1931 and, since then, no more than 300 cases have been recorded worldwide. Most of them have been verified only at autopsy, after sudden death.

Most of the cases occurred in women. Experts estimate that up to 80% of those affected are female. Spontaneous coronary artery dissection (SCAD) seems to typically occur in pregnant women, although this is still under discussion.

Medical professionals have detected spontaneous coronary artery dissection (SCAD) in patients from 18 to 84 years of age. Some studies indicate that this condition corresponds to between 1% and 4% of the total of acute coronary syndromes. In the case of women under 50, it corresponds to 35% of them.

Until some time ago, experts believed that one of the determining risk factors was pregnancy. However, in recent years, the number of cases in non-pregnant women has increased.

The most common clinical presentation of spontaneous coronary artery dissection is acute coronary syndrome. The most frequently affected vessel is the descending artery. Multiple vessel dissection occurs in 20% of cases.

This article may interest you: Coronary Artery Obstruction and Associated Health Risks

Spontaneous coronary artery dissection is when a tear occurs in one of the heart’s blood vessels. This limits or blocks blood flow to the heart, causing heart rate abnormalities, heart attack, or sudden death.

It’s a condition that requires urgent medical attention. If it isn’t immediately diagnosed and treated, it inevitably leads to death. Up to 70% of cases are detected during autopsy.

Although there isn’t enough information as of yet, experts have established a number of risk factors. They’re the following:

There’s still no clear explanation as to why spontaneous coronary artery dissection occurs. In this regard, some authors believe that it’s associated with hormonal changes, which alter proteins and mucopolysaccharides, located in the systemic arteries. This degenerates collagen fibers.

In addition, experts know that some factors favor spontaneous coronary artery dissection, such as chest trauma, atherosclerosis, the use of oral contraceptives, and associated diseases such as polyarteritis nodosa and lupus, among others. The symptoms coincide with those of any heart attack.

Read on to learn more: What Are the Symptoms of Intermediate Coronary Syndrome ?

The diagnosis is clinical and supported by tests similar to those a medical professional orders to evaluate a heart attack. These include, but aren’t limited to, coronary angiography, intravascular ultrasound, optical coherence tomography, and computed tomography angiography.

Once the acute phase is controlled, then the prognosis is usually favorable. The survival rate for the next five years is 95%. However, up to a third of patients suffer from the condition again in the following 10 years.

In recurrent cases, it’s common for the anomaly to appear in a different place from the initial one. Recent estimates indicate that the mortality rate is 7.7% in recurrent cases.