Some of the Reasons Why People Smoke

Why do people smoke? Don't they know they're putting their own health at risk? Don't they know the damage secondhand smoke causes to everyone around them? It's like people who smoke for the first time don't realize they're exposing themselves to an addiction that'll be quite difficult to get out of. 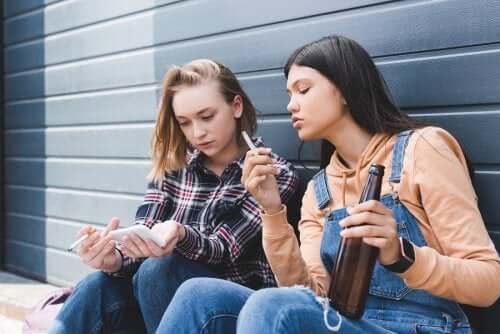 Why do people smoke? Well, let’s begin by saying that smoking tobacco is currently a significant health problem. Estimates indicate there are 1.1 billion smokers worldwide.

There are many reasons why a person might pick up this habit. For instance, it was an act of masculinity in ancient times and almost exclusively reserved for men. These days smokers can be either male or female and neither supersedes the other when it comes to the number of people who smoke.

People who smoke subject themselves to an addiction that’s socially acceptable for the most part. In fact, one could even say it’s a relaxing habit that helps you integrate into certain social groups.

However, you must know that smoking tobacco causes the death of about 8 million people every year. It leads to numerous diseases and, unfortunately, about a million of the people who have them aren’t even direct smokers.

Today’s article is an exploration of the reasons why people smoke. It’s the only way to be aware of the reasons that lead to this toxic habit and be able to take the proper measures to avoid it.

Why do people smoke for the first time?

As we mentioned above, smoking is widespread in our society. You could watch all sorts of cigarette commercials on TV and ads in the streets and newspapers until relatively recently. Sponsoring certain brands or industries was a source of pride for many.

Advertising continues to decrease nowadays. Even so, it’s common for screen characters to be heavy smokers. This is actually propaganda to get people hooked at a young age; they perceive it as normal.

In fact, it’s quite common for people to pick up the habit at a young age. This is because many of us grew up with friends or relatives who smoked and they seemed rather cool and interesting.

Many people smoke to feel socially accepted. Also, the desire to challenge parents or feel good about the idea of doing something “forbidden” or risky is quite typical in younger people.

Most teenagers believe smoking makes them seem more grown-up. They also do it to show off around people their age. It all leads to the fact that, at this stage of life, people smoke when they’re with others and seldom do it on their own.

Did you know that Smoking Tobacco Damages the Oral Cavity?

Smoking trends have changed though. The use of electronic cigarettes or vapes is now notoriously widespread. Many teenagers prefer these devices and no longer smoke regular cigarettes.

The problem is they think these devices are harmless. In fact, parents give them as presents to their teenagers in an attempt to keep them from smoking tobacco.

Yes, one can use them without nicotine but more people should know that inhaling such vapors is just as harmful as inhaling cigarette smoke. There are many studies underway, all trying to demonstrate their negative impact on the human body. Unfortunately, we still don’t know their exact effects on their organism in the long run.

What’s clear is people are as addicted to electronic cigarettes, even those that contain zero nicotine. This is because habits are addictive. People get used to the action and thus are smokers in training.

Why do people smoke for the rest of their lives?

People who smoke inhale a significant amount of nicotine. This is an addictive substance present in tobacco that produces a pleasurable sensation in the body. It makes a person want to experience it again and again.

Nicotine acts on the brain’s reward circuit that leads to the release of dopamine. In short, the pleasure reinforces the behavior after every use and so people continue to smoke.

Many people don’t know it, but smokers can also experience withdrawal syndrome — a symptom usually associated with more stimulating drugs such as heroin.

A person who’s been a regular smoker experiences anxiety, irritation, and tension after they quit. Thus, it may lead to headaches, sleep disturbances, and weight gain.

Most people smoke for social reasons and most smokers pick up the habit in adolescence, a rather difficult stage on a personal level.

As you can see, it’s important to be aware of the addiction you can subject yourself to when you smoke. The nicotine present in tobacco is highly addictive to the human organism.

Discover How Smoking Affects the Heart
Tobacco is a risk factor for atherosclerosis. Today we'll tell you more about how smoking affects the heart. Read more »
Link copied!
Interesting Articles
Anatomy and physiology
Cardiac Stress Test: What Is It and How Is It Performed?