Love and affection allow you to establish bonds with your loved ones and everyone else around you. It creates positive energy that has countless psychological benefits 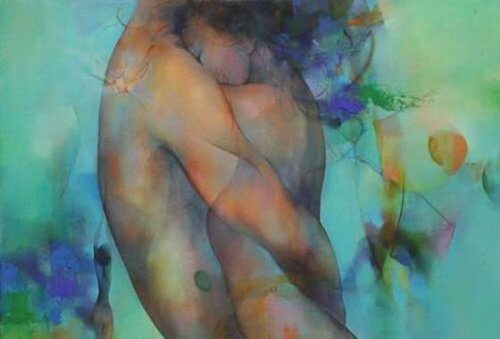 Showing affection is like touching the soul of the person you direct it to. It means using the right words and seeing other people as part of who you are.

Zick Rubin was the first psychologist to research the idea of love and how it affects personal relationships. He also pointed out that there are subtle differences between love and affection. It’s simply common courtesy to be affectionate with people in the closest parts of your life.

The love that you feel for a romantic partner or a child, however, is much more intimate and takes a different kind of affection. This type of affection strengthens the bond between you. Keep reading this article to learn more.

The psychology of showing affection, an art form that involves touching another person’s soul

Experts in emotional psychology say that affection is primarily a social strategy that allows us to create more intimate, meaningful, and lasting bonds.

It’s hard to argue with that. In our relationships – whether with friends, family members, or partners – someone who acts harshly or coldly can cause mistrust and above all, unhappiness.

Express Your Affection to the People You Love Every Day

Your social brain works through a series of neurotransmitters that help you “connect” with other people.

Oxytocin, for example, is both a hormone and a neurotransmitter. It’s one of the most important biochemical components that fosters feelings like affection, love, and the need for care and attention. It’s also a key part of an infant’s growth.

Though love is a fundamental part of our affective relationships, it’s also common in animals and isn’t exclusive to us.  Animals are also familiar with the language of love, and can develop the feeling perfectly well on their own. Even if it’s hard for us to tell, animals probably have their own ways of showing affection and touching each other’s soul too.

If there’s no emotional expression in your life, it means that your personal relationships aren’t being reaffirmed.

Distance, aggression, sarcasm, or even the avoidance of eye contact can build a wall between a couple, causing immense pain.

Affection is a form of energy that flows between people

You’ve probably noticed this at some point. When you get affection, respect, and care from those around you, it generates a kind of emotional energy that’s good for everyone.

Creating this kind of positive energy is extremely enriching. Plus, it costs nothing and is worth so very much. So, you should always try to do the following things:

Lastly, as you start putting these things into practice, don’t feel like you can’t ask them from other people too.

You deserve respect and should also get to benefit from these gestures, which contain true love. If you’ve started showing affection more, it’s only fair for other people to do the same, touching your soul too.