Should You Eat Five Meals a Day?

In this interesting article, discover if you should eat five meals a day. In this case, quality is just as important as quality! 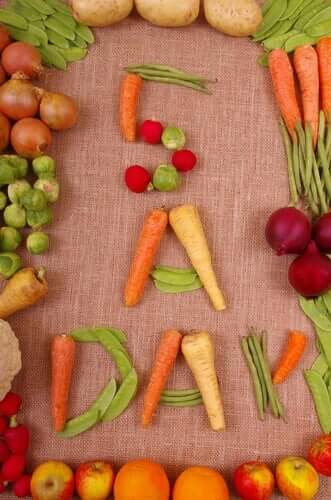 You’ve probably heard that you should eat five meals a day, either because it helps you lose weight, because it speeds up your metabolism, or because you have to eat every three hours so you don’t feel hungry.

But is this true?

We’ll answer this interesting question in this article.

How many meals do you have to eat a day?

The fact that you have to eat five meals a day isn’t completely true, as this depends on each person and their hunger, routine, work, schedules, and physical activity, among other factors.

If you force yourself to eat a mid-morning and mid-afternoon snack, this can translate into eating foods that you shouldn’t, such as sweets, juices, soft drinks, chips, sausages, sweetened milk products… Many times, people choose these snack foods instead of healthier choices. Therefore, meal quality is more important than quantity. It’s better to eat three healthy meals a day than five unhealthy foods.

So what meals are the most important? Is skipping breakfast bad? No meals are more important than others. Also, it doesn’t matter if you don’t eat breakfast because you aren’t hungry or if you eat breakfast at noon instead of at seven in the morning.

This article may interest you: Four Breakfasts with Chia Seeds that You’ll Love

Does eating five times a day speed up metabolism?

This idea comes from the fact that, when you eat, you expend energy to digest and break down foods in all their components. This is what’s called the thermic effect of food.

However, it turns out that the calories you use for digestion are more or less proportional to the volume of food you eat and the type of macronutrients. This means that if you follow a 2,000 kcal a day diet, it doesn’t matter if you eat three or five meals, as the thermic effect will be the same.

The Journal of Nutrition published a study in which the authors concluded that there’s no solid scientific evidence to say that increasing meal frequency can aid weight loss.

What if you fast?

It’s important to eat when you’re hungry. This is because you have a hunger and satiety mechanism that’s controlled by the hormones ghrelin and leptin. It’s also important to make sure children eat.

Healthy adults, without special circumstances, such as athletes or pregnant women, can go many hours without eating, even an entire day. If you fast for several hours and the glucose present in the blood is consumed, the body uses liver and muscle glycogen. Once these reserves run out, the body activates gluconeogenesis: glucose production from proteolysis and lipolysis (destruction of muscle and adipose tissue), which generates ketone bodies that are expelled in urine.

In fact, intermittent fasting may be a good weight loss resource for some people. This fasting consists of 16 hours without eating, which pretty much means skipping breakfast. However, it’s advisable to do so under professional supervision.

You should also read: When is the Right Time to Eat?

When is it appropriate to eat five meals a day?

It’s preferable to create a mealtime routine. If you’re used to eating five times a day, it’ll be hard for you to eat three meals, and vice versa. Therefore, each case is different.

The most important thing is to eat healthy and satiating foods. If you eat healthy foods, the number of meals you eat a day won’t matter as much.

7 Consequences of Skipping Breakfast You Should Know About
The nutrients obtained from breakfast are key to recharging your body's energy. Read on to find out the consequences of skipping breakfast! Read more »
Link copied!
Interesting Articles
Nutrition
The Health Risks of Energy Drinks

One of the keys to enjoying a good quality of life is good nutrition. The best way to do it…

Nutrition
Types of Proteins and Their Functions

Do you know all about the different types of proteins? Protein is an essential macronutrient for human beings. It must…