The Secret of the Cancerless Village

In this cancerless village, residents are affected by Laron syndrome, which causes a lack of cellular division that gives them immunity to cancer. 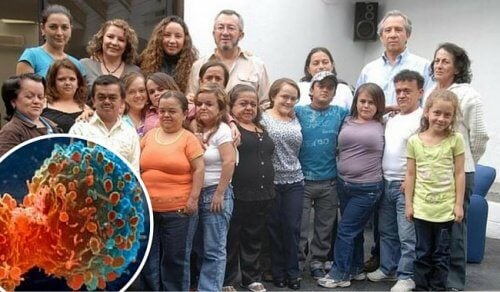 Cancer is without a doubt one of our greatest concerns as a society. Science and medicine have tried to unravel its mechanisms, in order to offer patients more treatment options. In Lajo, Ecuador, there’s a cancerless village with a special group of people.

To understand a little more about this incredible place it’s necessary to tell you about a genetic condition: Laron syndrome.

Laron syndrome is a rare, hereditary disease that causes a deficiency in growth. Moreover, this genetic trait creates 100% immunity to cancer and also diabetes.

Laron syndrome was first discovered in the early 1950s by Zvi Laron, a doctor from Israel. He was interested in a group of patients who lived in a tiny village and had a very small in size.

Their physical condition went hand in hand with excellent overall health. In fact, they could eat whatever they wanted and never suffer from diabetes or cancer.

After more than 30 years of research, in 2001 he published his findings. Broadly speaking, these are the key things he found:

Although the growth hormone, or GH, is produced at normal levels, a lack of another hormone, IGF-1,  prevents GH from being metabolized throughout the body.

Laron syndrome – no cancer or diabetes

People with this genetic condition lead a normal life. Aside from their small size, they don’t experience any illnesses or other physical problems. Regardless of diet or lifestyle, they never develop diabetes or cancer.

Read more: WHO Findings on Meat and Cancer

The causes for this strange immunity could be the following:

A challenge for science, and hope for those with Laron syndrome

Historians believe that people affected wuth Laron may be descendants of Spanish Sephardic Jews. These are jews who converted to Christianity and migrated to South America in the sixteenth century.

Regardless, they have always had to face mockery and the social stigma of being “different.”

Today science is trying to unravel the mechanism of this hormone to imitate it, creating a revolutionary medication to slow the onset of cancer.

So far, experiments are only being carried out in the lab.

Meanwhile, there is now hope for those with Laron syndrome. Children diagnosed with Laron’s have the option of receiving a synthetic form of the IGF-1 hormone. The problem is the cost: around $20,000 a year.

That’s something that few people can expect to pay. Hopefully, there is a bright future for this cancerless village, and a cure for cancer in the near future.

How to Control Type 2 Diabetes Naturally
To control type 2 diabetes, it's important to watch your diet. Also, check with a specialist to let you the best foods you should include in your diet. Read more »