You'll see more "No Children Allowed" signs these days as establishments move toward creating adult-only atmospheres. Is this fair to parents? 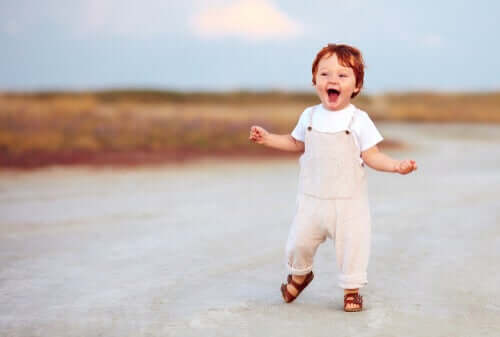 A happy child who enjoys interacting and learning about the world will be noisy and rambunctious. “No Children Allowed” is a movement that’s attracted a lot of attention in recent years and is something that really concerns us.

Have we really forgotten what it’s like to be a kid? Do we have so little empathy that we’re incapable of connecting to the amazing, noisy, and rambunctious years that define childhood? We’d like to invite you to reflect on that with us today on our site.

Recently,  a very specific type of hotel has become increasingly common, offering “child-free stays”. In other words, while staying there, you won’t run into any babies or children that may bother you with their crying at night, splashing in the pool, etc.

The same occurs in certain bars and restaurants. It’s about offering a different experience to those who wish to spend some time away from the presence of little ones. This movement is having a lot of repercussions in the United States and the United Kingdom. And this brings us to reflect on a somewhat complex issue.

We’ll start with the case of Canadian singer-songwriter Sarah Blackwood. In 2015, she experienced an incident that deeply affected her. With her story, she hopes to get society to reflect on something important.

7 months pregnant, Sarah was taking a flight with her 23-month old child from San Francisco to Vancouver. This wasn’t the first time she had made the trip, but this time something was different.

Before the plane had even taken off, her son began to cry. Next, the stewardess was warning her that she needed to calm her child down as other passengers were complaining. And so, she was told that if her child didn’t stop crying that she would be asked to disembark. Understandably, the young mother was almost speechless.

You may also like to read: 4 Aspects of Saying “No” that Don’t Make You a Bad Mother

Her baby’s crying lasted barely 10 minutes. When that time was over, he went back to sleep, but it was already too late. The crew asked her to get off the plane because, apparently, the population no longer felt safe traveling with her son. Have people forgotten what it means to be a parent? Does no one remember that babies cry, laugh, scream, and squeal?

This is just one small example of the daily trials that many parents must go through when going shopping, to a movie, or eating out in a restaurant.

If a child shouts, cries, or otherwise attracts the attention of others, it’s because their parents “aren’t doing something right.” However, this is a false and stigmatizing idea.

Hence why we need to be more empathetic and respectful when traveling and seeing parents trying to calm their children down during the trip.

Kidphobia is causing many places in the US and the UK to deny entry to minors, adhering to the No Children Allowed policy. Doing so, however, also denies their parents entry. That is certainly something to think about.

Obviously, travel companies are free to offer any services they like. If a person wants to go on vacation without seeing or hearing a child, their choice deserves our respect.

A happy child is a child that runs, shouts, and needs attention

Children want to touch everything, experiment, feel, laugh, and learn. However, if we force them to shut up, stop crying, speak softly and not get out of their seat, what we’re really doing is raising fearful children who are too afraid to explore on their own.

We recommend you also read: Kisses and Hugs, the Best Medicine for Your Children

With time, they’ll grow and learn to be quiet on airplanes. In the meantime, let’s respect parents in their task of raising and caring for children and let’s be more empathetic with children. Remember, a happy child is a restless, curious, and boisterous child.

The Consequences of Physically Punishing Children
Physically punishing children in any way is not education, but child abuse. Learn about the traumatic, negative affects of physical punishment on children. Read more »
Link copied!
Interesting Articles
Children
How to Explain Death to Children?