Gluten promotes a state of inflammation in people with altered sensitivity to protein, which can cause neurological diseases to appear. What does the research say? 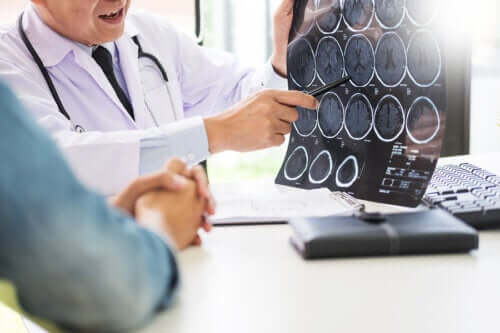 Gluten consumption is associated, in certain cases, with more symptoms of certain neurological diseases. Especially in cases of celiac disease, this protein is capable of damaging certain areas of the cerebral cortex, which in turn causes migraines, multiple sclerosis, and epilepsy.

However, this nutrient isn’t dangerous for everyone. Only those who have an altered sensitivity to it are susceptible to developing these diseases from eating gluten.

Epilepsy patients have altered sensitivity to gluten, according to an article published in the Journal of Neurology. However, researchers don’t know exactly whether the condition itself changes protein metabolism, or whether it’s the altered metabolism that causes this neurological disease to appear.

They do know for sure that it’s best for patients with epilepsy to restrict their intake of foods that contain this nutrient. In fact, the ketogenic diet is associated with a significant reduction in the frequency of seizures.

Learn more: The Ketogenic Diet: What you Should Know and its Risks

An article published in the journal Multiple Sclerosis and Related Disorders provides information on the influence of gluten consumption on the development of the disease, and elaborates a pathophysiological model. However, we need more complex studies to confirm the relationship.

In recent years, researchers have consistently recommended people remove gluten from their diet. This advice is based on the fact that, in certain people with altered sensitivity, the protein is capable of inducing an inflammatory state in the intestine. This can result in dysbiosis, also known as damage to the microbiota.

Researchers do know for sure that there’s a link between the microbiota and mental health, through the gut-brain axis. This relationship is what has led to the suspicion that ingesting the protein could cause damage in terms of promoting neurodegenerative diseases.

However, not everyone needs to cut gluten consumption. In people who are able to metabolize it correctly, this protein doesn’t cause apparent harm. At least, there’s no evidence to the contrary.

You may also be interested in: Microbiota-Accessible Carbohydrates (MACs)

The danger of eliminating gluten from your diet

Eliminating gluten from your diet involves certain risks to those who don’t suffer from an altered sensitivity. If you stop eating this protein, your body stops producing the enzymes needed to metabolize it. This triggers an intolerance in the medium term, which makes it impossible to eat later.

For this reason, unless your doctor recommends it, we don’t recommend you reduce your gluten intake. At present, there’s no evidence that this substance causes inflammation in healthy people without sensitivity.

There are also no rigorous scientific studies that associate this nutrient with the appearance or worsening of a condition, beyond epilepsy. However, in this case, the patient benefits from the ketogenic diet, not just from the absence of gluten in their diet.

The relationship between gluten consumption and neurological diseases is unclear

Gluten is a protein that isn’t harmful for a large portion of the population. Therefore, there are no reasons to reduce its consumption. However, in individuals who suffer an altered sensitivity to the protein, gluten can promote an inflammatory state that’s harmful to health.

In these cases you should restrict your intake of this nutrient. However, even in these cases, the link between gluten consumption and the development of neurological diseases isn’t clear. There’s controversy in the scientific literature when it comes to this topic.

The concept of neurogluten, which links the protein to an increased risk of neurological diseases, needs more research to make any definite claims.

However, there’s no evidence to believe that the protein is capable of inducing an inflammatory state in people without previous sensitivity. The inflammatory properties are attributed to the high consumption of simple sugars and trans fats.

6 Health Benefits of Extra Virgin Olive Oil
Extra virgin olive oil is used all the time in kitchens everywhere. Its flavor makes it an excellent ingredient to add to a variety of recipes. The health benefits also play an important role, however. The healthy properties of extra virgin olive oil are some of the most important reasons to use it. Read more »
Link copied!
Interesting Articles
Nutrition
Discover How the Harvard Eating Plate Can Improve Your Diet