All You Need to Know About The Vestigial Tail

The vestigial tail is one of the rarest conditions in the world, believed to be due to genetic alterations. However, experts are unaware of its cause. 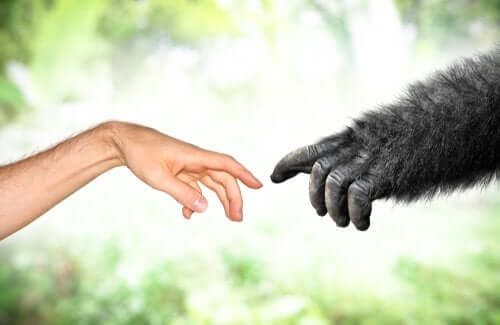 The vestigial tail, also known as the human tail, is a phenotypical growth of which only about 100 cases are known worldwide. In fact, it’s one of the rarest conditions known so far known.

This tail grows in the final area of the sacrum, at the height of the coccyx. It usually consists of connective tissue, muscles, blood vessels, nerves, and skin. However, on other occasions, other structures with vertebrae and cartilage may also appear.

Doctors will usually remove the vestigial tail as soon as the baby is born. However, on some occasions, this operation doesn’t take place and adults maintain their tail throughout their lives.

At the same time, experts have related many cases of vestigial tails to spina bifida, a congenital condition where the channels of the spine don’t close completely during the pregnancy.

Also, studies confirm that cases of the vestigial tails are twice as likely in men as in women.


The truth is that the exact cause of this very rare condition is unknown. Scientists have deduced that it comes from a genetic mutation, which reactivates a hidden character of our evolutionary development that’s remained repressed in the human genome.

Also, recent studies and research have taken place whose results reinforce this theory. To prove that these genes were also in the human genome, scientists also studied the genes responsible for tail development in mice and other vertebrate animals.

Humans no longer develop tails despite having the genes for it. This is because the regulation of these genes causes cell death or apoptosis of the cells that were destined for the development of this vestigial tail.

You may also be interested in reading: The Genetic Origin of Sex: the X and Y Sex Chromosomes

In other words, in our bodies, we have sufficient orders and instructions to be able to develop a tail. However, these orders are destroyed. As a consequence of these genes, you can observe a tail in human beings between the 4th and 8th weeks of gestation.

Because of such few cases of humans born with a vestigial tail, the condition’s sparked a lively debate in the world of medicine and evolution.


You have to take into account that, despite its name, in most cases, it’s not really a tail. A normal tail, like that of a cat or a dog, consists of a series of bones, cartilages, spinal cord, and well-differentiated muscles that allow for correct movement.

However, in the cases of a vestigial tail that we’ve described, none of these structures exist. What’s more, the few muscles that form it have no bones to attach to or insert themselves in. Therefore, they’re unable to contract in a coordinated manner or move as the tail of any animal would.

However, as we’ve seen, it consists of:

All these structures will allow the tail to move and contract at the child’s will, but without any type of coordination and with many limitations.

Read also: Telomeres; What Are They For?

At the same time, the size of the vestigial tail varies from one case to the next. The longest tail ever recorded dates back some time and occurred in a boy from what was then French Indochina. The size of his vestigial tail was 9 inches.

Many times, it’s difficult to differentiate between spina bifida and a true vestigial tail. For example, there was a case of an Indian boy named Chandre Oram who became famous for his long “tail”. However, this was not a real tail, but a case of spina bifida.

Scoliosis in Children: Everything You Need To Know
Scoliosis in children is not a very common problem, but it does represent a condition that should be given due attention. How do you recognize it? How do you treat it? In this article we'll tell you everything you need to know. Read more »
Link copied!
Interesting Articles
Anatomy and physiology
Twelve Exercises to Overcome Shoulder Tendinitis