It’s important to have healthy vaginal health, without problems such as itching or burning. If you suffer from these symptoms, go see a gynecologist to determine its cause and proper treatment. 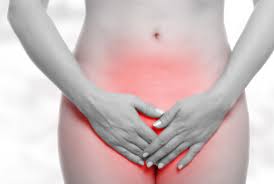 Vaginal itching and burning often happen to women for different reasons. These symptoms are generally caused by problems such as vaginal dryness or the use of irritants such as soap. It can also be caused by yeast infections, bacterial vaginosis, and sexually transmitted diseases, among other things.

However, in most cases, they aren’t a cause for concern and usually disappear with some basic care. Despite this, it’s always a good idea to consult with your gynecologist, especially if there are other signs of infection. The professional will indicate a treatment based on their cause.

Now, to relieve calm the symptoms, you can also use some natural remedies that can be effective. However, you should use them with caution and discontinue their use in case of an unfavorable reaction. Discover them below!

What can cause vaginal itching and burning?

According to a publication in Dermatologic Clinics, vaginal itching and burning are some of the most common complaints among girls and young women who seek attention from primary care doctors, gynecologists, and dermatologists. According to this report, these symptoms may be caused by different things that occur simultaneously. Among the most common are:

This article may also interest you: Five Natural Remedies that may Help Control Bad Vaginal Odor

Since vaginal itching and burning may be linked to problems such as infections and diseases, it’s necessary to consult a doctor or gynecologist to get effective treatment. In many cases, the symptoms disappear on their own with basic hygiene measures.

We recommend you to read:Five Causes For Vaginal Itching That Are Not an Infection

NOT recommended for vaginal itching and burning

Even though they’ve been used in some studies, there isn’t enough scientific evidence to support these remedies as treatment options for vaginal itching and burning. Therefore, it’s always best to consult your doctor and follow their instructions. In case you want to try any of these remedies as a complement, be sure to always discuss it with a professional so they can tell you if it’s suitable for you or not.

A study published in 2006 in the journal Fitoterapia found that garlic can help fight 18 strains of Candida. However, its effectiveness against infections remains a topic of discussion. As for its use in the genital area, people are both for and against it.

The evidence on the properties of apple cider vinegar against vaginal infections is limited. However, a recent study published in Scientific Reports suggests that it may be effective against fungi such as Candida albicans, which causes vaginal candidiasis.

Therefore, it may help in the case of vaginal itching and burning associated with these types of infections. Simply remember that you have to dilute it in water since it can be irritating in its natural state.

The use of yogurt is a controversial issue in the field of gynecology. While there are professionals who directly indicate to avoid it, others have decided to delve into its possible contributions in certain cases. For example, in a study published in the Archives of Gynecology and Obstetrics, 129 pregnant women who had vaginal fungal infections participated. 82 of them were treated with a yogurt and honey solution, while 47 were treated with an over-the-counter antifungal cream.

In the end, the researchers determined that the yogurt and honey solution was more effective than the cream. Similarly, a study published in 2015 showed similar results.

If you have vaginal itching and burning, avoid applying yogurt without first consulting your doctor. Remember that the results of the above-mentioned study aren’t a standard and, therefore, don’t cover all variables in all cases.

When it comes to relieving discomfort in an area as delicate as the vagina, it is best to consult a gynecologist. Home remedies may seem like an easy solution, but they aren’t exempt from causing adverse reactions and you should be very cautious when using them. In addition, it should be clear that, in no case, remedies can replace medical treatment.

If you have any doubts about how to maintain your vaginal health, ask your trusted gynecologist for help. Also, remember to always maintain a healthy lifestyle.

Five Natural Remedies to Get Rid of Vaginal Odors
There are various things that might cause vaginal odors, which is exactly why you should see your gynecologist if you have these symptoms. Read more »
Link copied!
Interesting Articles
Naturopathy
What Is Colloidal Oatmeal and What Are Its Benefits?