Here are the Myths and Facts About Gray Hair

There are all kinds of myths and rumors surrounding gray hair and how it starts. It can be hard to know what's true and what's false when it comes to this hair color. 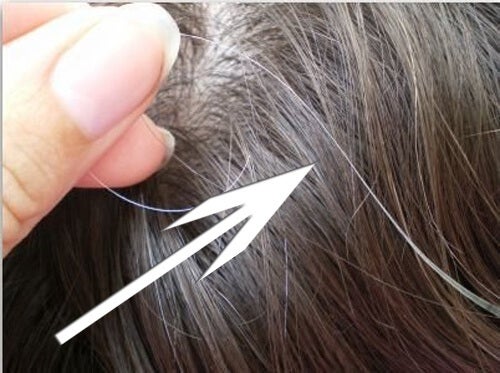 Is there any truth to the theory that when you pluck one gray hair, seven more will pop up? Why does hair start to turn gray in the first place? Why does some people’s hair turn gray sooner than other’s? We have the answers to all those questions, and more, right here:

The graying process happens with the passing of time: one of the myths or facts about gray hair?

True (almost true). It’s true that gray hairs generally appear at a certain age, and that it has to do with the aging process of the skin. Gray hair is the result of the lack of melanin, the pigment that gives hair its color. Each person has their own pace and ability to produce it. That’s why by the time they’re 25 some people are already gray, meanwhile other people keep their natural color past the age of 50.

When you pluck one gray hair, seven will appear

False. There’s still no scientific basis to support this theory, or rumor. There’s no way to evaluate what would happen if you plucked that first gray hair, which most people do. Though it’s unlikely, it’s impossible to determine 100% if this is because of the plucking, or simply Mother Nature.

50% true. There’s research that shows that gray hair grows faster than hair with pigment. But there are also other studies that say that it grows the same amount, or less, than other parts of life.

False (to be tested). It’s hard to determine if a “peak stress” today will lead to gray hair tomorrow. The pressure we deal with in modern society is unforgiving, but that’s not why there are more gray-haired people in the streets than there were fifty years ago. Some families are more likely to have gray hair than others, because of the genes related to loss of hair color.

50% true, this could be one of the myths or facts about gray hair. We aren’t sure whether it’s true or not that a gray hair has a larger or smaller diameter than when it had color. But what is true is that the refraction of light can make it look thicker. Depending on the person, gray hair might grow with more strength or have a more “robust” structure.

False. The mixture of dark hair with gray hair gives a visual effect that makes us see it as if it were gray. But in reality, the gray hair is yellow, not white or gray. This is because it’s the only hue that remains without keratin or melanin. Depending on the inner part of the hair, it can be more yellowish or more whitish.

True, this is one of the facts about gray hair. If you’re still young (under 35 years) and have a lot of gray hairs, it’s probably from a lack of vitamin B, especially B5 complex and pantothenic acid. You can use a vitamin complex or start eating foods that contain it.

Half true. It’s the same as with the theory of stress. Smoking is bad and has no benefits, it only causes problems. There’s some research that shows that smokers are more likely to develop gray hair earlier, but genetic factors play a part too.

You can only dye gray with permanent color

False. There are many remedies to cover gray hair. Don’t get sucked into the myth that the permanent dye is the only thing that works. There are natural coloration solutions, herbal remedies, or henna dye that are less harmful to your hair.

You can reverse gray hair

False. There are no studies that show that a person can regain their natural hair color by consuming a food or drug or without resorting to dye. Once the gray hair appears, it’s permanent. There’s no way to recover the lost tone.

Gray hair can appear because of a trauma

False. You’ve probably heard this idea at your grandparents’ house. Just like with stress, it’s virtually impossible for a person to have completely gray hair the day after an argument. There is a relationship between a traumatic event and gray hair, but it’s long-term.

False. Sunlight can lighten brown or red hair a bit, but there’s no scientific evidence that increased exposure to UV rays can result in gray hair or hair whitening.

Genes are responsible for gray hair

Absolutely true, this is another one of the facts about gray hair. Genes determine the average age at which a person begins to have gray hair. If you analyze your family, you’ll find your answer. What’s written in the DNA nobody can erase.

5 Homemade Solutions to Remove Hair Dye
If you aren't happy with how your hair turned out after dying it, then you can take advantage of the properties of some natural ingredients to help remove it. Read more »
Link copied!
Interesting Articles
Did you know?
Why Do We Have Armpit Hair?