How Does the Moon Affect Human Beings?

The moon doesn't have just one significance when it comes to its effects on human beings. Discover more as you continue reading today's article. 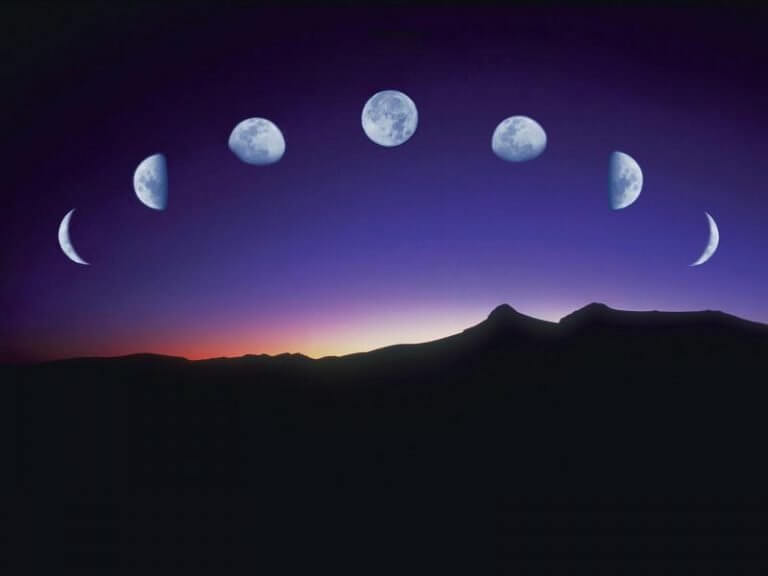 The moon is the earth’s natural satellite. It gives us an incredible view and there are thousands of stories surrounding it. But how does the moon affect, inspire, and make humans’ imagination soar?

The moon affects the tide, but it’s also said that it has a certain influence on our behavior. Therefore, our mood and our decisions can change the same way that the phases of the moon change.

It’s also believed that the moon affects our sleep, especially when it’s a full moon. During this phase, people tend to take longer to fall asleep, or they sleep poorly.

How does the moon affect us – the most popular beliefs

For thousands of years, there has been the belief that the moon has a certain influence on human behavior. It is believed that its energy is so powerful that it is capable of altering our lives.

Also, since ancient times, people have believed that the moon has an effect on the waves, crops, animals and human emotions. To date, there is still no definitive proof that supports this culmination of beliefs that exist. For this reason, from a scientific point of view, these are just popular beliefs, and not facts.

However, this hasn’t stopped people from continuing to share their beliefs and from carrying out activities according to the phases.

Lunar phases and their effects

According to popular belief, depending on the phase of the moon, people may have a greater tendency to behave in one way or another.

This phase lasts for about three days. It’s said by mystics that this is the indicated phase for the detoxification of the body. Many also consider it a time to start new things. Because of this, it’s ideal for starting new routines, for changing the habits that you don’t like or that don’t benefit you. It’s also an ideal time for tranquility and introspection.

During this phase, the moon is only half visible. This phase is said to be the one of prosperity, health and vitality. If you want to start a new project, a business or even just start to do workout, this is the best time.

It is believed that the first quarter moon gives human beings positive energy and that it influences our actions in the same way. It is also common to hear that, during this phase, it is good to cut your hair so that it will grow faster, stronger and shinier.

Read: 7 Ways to Love Your Life

This is the phase in which the moon is completely round and radiating with solar light. Some myths say this causes behavioral changes in human beings. These can go from slight changes in mood to sudden mood swings.

Full moons are associated with euphoria and excess, but also with plenitude and achievement. It is said by mystics that, in this phase, everyone turns into a “lunatic” because the moon’s energy is greater than normal.

The waning gibbous represents the “death” of the celestial body. It’s the last phase before the cycle starts over again. It’s said that this is the time for decision making and for maturing. Also, it is believed that problems and negative mental states will decrease during this lunar phase.

How does the moon affect us? Four common myths

It is said that during a full moon, it is more probable that you can get pregnant. Some believe this is especially true if you sleep under the light of the full moon. Also, there is the belief that the moon, in general, favors the fertility of women.

This phenomenon is known for increasing passion and the sensuality among partners. While this natural satellite has always been a romantic element for human beings, it’s actual influence on passion remains unproven.

3. It’s best to get married during the first quarter

As the belief goes, getting married during the first quarter favors the relationship. In other words, it will make the marriage prosperous and lasting. This is due to the belief that everything that occurs during this phase “of growth” has a positive influence on the other areas of our lives.

When the moon has a reddish tint, it’s considered to be full of “blood.” As the myth goes, in these moments, the energy that it gives off is dangerous for human beings since it brings out the grudges and hate that you have.

In spite of what’s usually said in the popular belief, there’s no scientific evidence that can confirm that the lunar phases affect us. However, there’s no doubt that this beautiful natural satellite has managed to inspire us to a great extent for thousands of years. Therefore, at a general cultural level, it’s very interesting to know the different beliefs, myths and legends about the moon.

Are There Pesticides in Your Food?
If you've asked yourself if your food has pesticides or not more than once, pay attention to what we're talking about today and let us help you answer your question. When we stop to think for a moment, there are a lot of foods that we eat that come from the fields. Read more »
Link copied!
Interesting Articles
Did you know?
New Year's Traditions Around the World