How to Make Bilbao Macaroons

Although it may be confusing, Bilbao macaroons are amazing desserts that have nothing to do with Italian pasta nor French macaroons, except that they require some of the same ingredients of the latter. 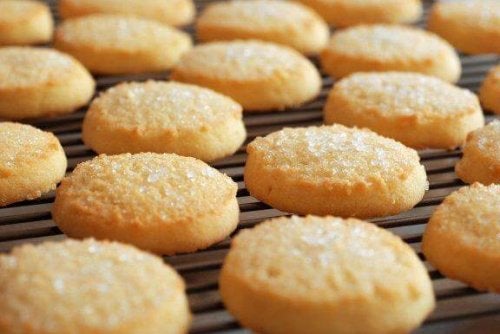 This is a recipe that draws a lot of attention because, despite what you may think, these aren’t the typical macaroons we all know and love. In fact, Bilbao macaroons are a very famous dessert in Spain. Discover and learn how to make them in this article!

On that date, neck cords are also blessed in the church of Bilbao, where the figure of the saint is located. Legend has it that if you eat these macaroons for 9 nine days straight while wearing the blessed Saint Blaise cord, the saint will protect your throat all winter.

This is a dessert made with egg whites, ground almonds, cinnamon, and powdered sugar. However, these aren’t the typical French or Italian macaroons. They’re actually totally different!

But don’t worry, we’re also going to show you the original French macaroons recipe so you know how to make both and discover which one you like best.

So read on to learn how to make these amazing desserts!

You don’t necessarily have to be from Spain to make or like this dessert. This is the perfect dessert to eat after any lunch or dinner.

Discover: Oatmeal, Linseed and Sesame Cookies for Those Diet Cravings

French macaroons are colored cookies made from egg whites, powdered sugar, and ground almonds. They’re easily confused with Bilbao macaroons because they require basically the same ingredients, but the difference is that these macaroons do have filling.

Ingredients for the filling

Try out this recipe: Learn How to Prepare Decorative Icing for Cakes

How to make the Macaroons

How to Make the Filling