Dating a Person Who Has Borderline Personality Disorder

Dating a person who has Borderline Personality Disorder isn't easy. You need to be conscious of how you treat them and learn to set boundaries. 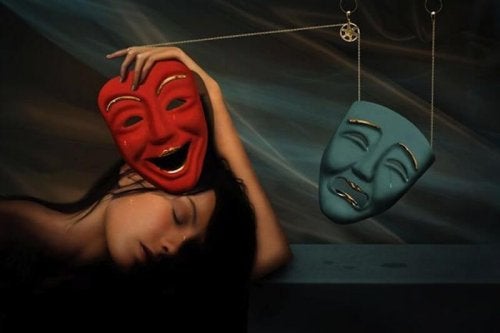 Borderline personality disorder (BPD) makes life difficult for many couples. However, it’s not impossible to keep a relationship. You just need to keep certain things in mind so that your relationship with a person who has Borderline Personality Disorder can be healthy and unfold the best way.

Most importantly, you must be very aware that helping your partner with BPD doesn’t mean you’re going to change them.

This disease needs to be monitored by a professional. With this, you can hope for improvement.

Even so, it’s necessary to know that this is a lifelong disease. There will be relapses but also there will also be moments when you hardly know it’s there.

However, the disease will always be there.

Typical behavior for a couple with BPD

Firstly, we’re going to begin with discussing the most common behaviors for couples in which one of the members has BPD.

Often, one member hurts the other person. Unfortunately, this makes them worse and encourages the symptoms to continue.

Remember that we’re talking about individuals with a great emotional instability and a very polarized thought process. As a result, you need to be especially careful how you treat them.

For example, there are many ways couples try to deal with this problem:

Unfortunately, the majority of these approaches are wrong. In some, you are participating in the problem. In others, you are justifying their actions and not saying anything. As a result, their actions won’t change.

How to act around a person who has Borderline Personality Disorder

It’s easy to get overwhelmed with this disease. This is especially true if you tend to react in the ways mentioned above.

Certainly, you want to protect your partner. However, this isn’t the best way to do it. Of course, living with a person who has Borderline Personality Disorder is very difficult. As a result, you need to be conscious of how you act towards them.

Your goal is to help them subdue the symptoms so that they don’t continue.

To do so, it’s necessary for you to be true to your beliefs and values. If you think that what you partner is doing is wrong, you need to tell them.

It’s wrong to justify their behaviors. As a couple, it’s important to establish a line that you won’t to cross, no matter what.

So, communicate clearly that you are not able to tolerate certain behaviors and stay firm on this. If you’re weak, everything will go wrong.

Learn more: 7 Ways to Communicate Better in Your Relationship

Moreover, talking about the problem is necessary. This is because it lets the person who has with Borderline Personality Disorder know where you stand. After that, you can come up with a solution together.

However, sometimes, they can annoy you, causing you to turn to easy threats. But this should never happen because you will make the situation worse. Plus, you’ll increase their emotional instability.

Learn to say “no”. Also, learn to voice what you feel. Most importantly, never feel responsible for the behavior of your partner with BPD.

If you stop trying to treat the other person as a fragile person who needs protecting, everything will start to flow.

Keep being you. Be careful with negative behaviors like lying, misleading, or not trusting the person who has Borderline Personality Disorder. Remember that their thought process is polarized. Their emotions are sometimes out of their control.

Act according to your principles. Place limits and don’t let yourself get carried away with the external disease. This will guarantee balance in the relationship.

It will be difficult. It’s a path full of roadblocks and pitfalls. However, if you are willing to be with this person, it will be worth it.

How to Cope with Borderline Personality Disorder
The behavior of people with borderline personality disorder often generates confusion among those around them, be them family or friends. Read more »
Link copied!
Interesting Articles
Relationships
Rebecca Syndrome: Jealousy Over Their Ex